Friends Like These by Kimberly McCreight (Review by Julie Ramhold) 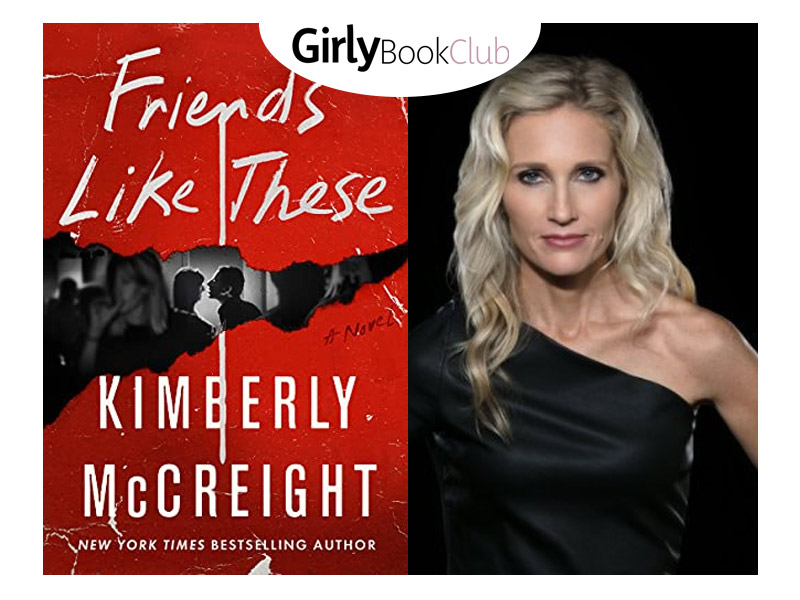 Heads up: This book uses multiple points of view and also jumps back and forth in time. It didn’t take me long to adjust to it, but it kind of threw me at first and I was afraid it was going to make it hard to follow. But the good news is I don’t think it does – the characters are pretty well fleshed out so you aren’t getting anyone mixed up.

There are a few different stories going on here. Initially we have five friends – Jonathan, Derrick, Maeve, Stephanie, and Keith – all heading to Jonathan’s fancy house for his bachelor party weekend. This is a ruse, though, as the real purpose is to stage an intervention and convince one of the friends to go to rehab. Unfortunately, someone else ends up tagging along as well Finch, an artist that Keith, an art dealer, has been working with for years. Finch is a nightmare and none of the group actually likes him, but he basically invited himself along. They all arrive on Friday but by early Sunday morning, Derrick’s car is smashed on the side of the road and he and Keith are missing. Thus the mystery of recounting the last two days and all the crazy that goes with it begins.

In addition to that, we have Detective Julia Scutt who’s investigating the accident. She’s questioning Maeve, Stephanie, and Jonathan and trying to uncover what’s been going on the last couple of days with these weekenders, who are universally despised by the townspeople. She’s also battling against a boss with some serious power issues and all around a terrible demeanor. So many times I read about something Seldon said or did and I wanted to throw something. He’s an awful man. But on top of all of that Julia is also being haunted by her older sister’s death, which happened when Julia was only 8 in the same town the rest of this takes place. She left for awhile but she came back to be a cop. So in addition to trying to solve the present day case, she’s still trying to figure out who was responsible for her sister’s death all those years ago.

It sounds like a lot, and that’s just the tip of the iceberg – there are also angry contractors, Jonathan’s shady fiance, Peter, dirty cops, drug-use, unhappy marriages, and more. Okay, so it is a lot, but McCreight manages to tie everything together so beautifully it makes for a great read. Everything has a purpose, and everything ends up connecting, but not in an overly contrived way. There are some things I wasn’t a huge fan of – Julia has a massive chip on her shoulder both with Seldon (who can blame her?) and her ex Dan, another cop. He just wants to help and she is stubbornly refusing it at every turn. He also wanted to help her with figuring out her sister’s case, but she wasn’t keen on accepting help for that either.

The five friends all have their own flaws, as well. Jonathan can’t recognize that Peter may be up to no good, Stephanie is kicking herself for one dumb mistake she made a month ago, and Maeve is obsessed with her boyfriend, Bates, back in the city. She’s repeatedly checking her phone hoping to hear from him and I just wanted to shake her for it. Derrick has his own obsession and issues, and Keith, with perhaps the biggest issues, is actually the most likeable, I think. He’s the one who seems to actually experience growth in the book. The rest do to some degree, but definitely not the way Keith does. It’s a really interesting read, and it’ll keep you on your toes trying to piece it all together. There are a few things that I wish had been done a little differently, but it’s a solid mystery for sure. 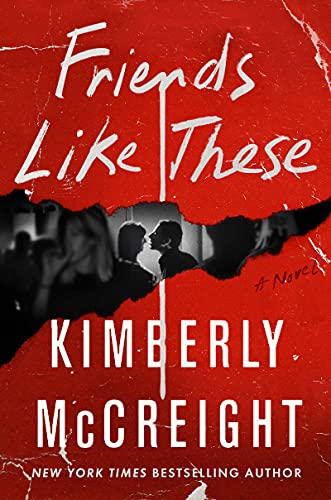