Four Aunties and A Wedding by Jesse Q. Sutanto (Review by Amanda Woodruff) 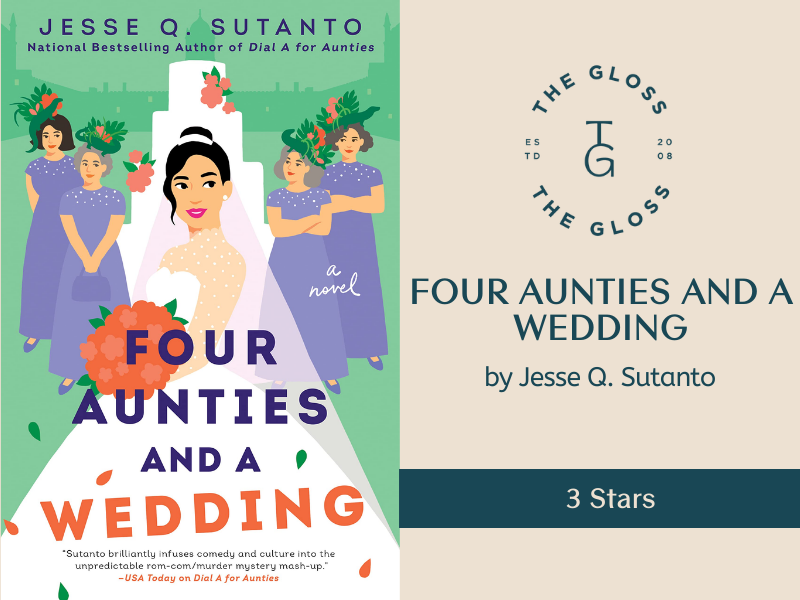 Four Aunties and A Wedding is the follow up book by Jesse Q. Sutanto. The first book Dial A for Aunties was a quick paced, fun, light read and this follow up story was similar.

Meddy and Nathan are getting married in his home country of England surrounded by both of their families. Meddy is still trying to “win” over his family and make the perfect impression on her new in laws, which gets messy when her aunties, mother and wedding vendors show up at the ceremony. Her family is anything but “traditional” in appearance, but they just want to make a good impression. They attempt to learn British slang to help them connect but they don’t quite get all the words right!

It turns out Meddy is being blackmailed by her fake photographer who is at the wedding with her uncles, also vendors, to “take someone out”.
This sends Meddy and her aunties and mother into a tailspin and chaos ensues. They attempt to take control of the day but everything goes sideways and they get into a messy situation.

This book was similar to the first one. The aunties have become involved in another messy situation and in their attempts to fix it or help Meddy they end up making matters worse and nearly ruining her special day.

I got quite confused (as I did with book one) about the way the author referred to the aunties. Big aunt, second aunt, fourth aunt etc. That added to the fake photographers family which was second uncle, fourth uncle etc, I found it hard to follow and had to reread some parts to help make sense of them.
I felt so sorry for Meddy for missing so much of her special day with Nathan. I wanted her to get her fairytale wedding and felt she didn’t get that.
I liked how Nathan stood up to his family for her, however I understood his frustration.

Overall this book was fluffy, hard to follow but cute. I picture it as a summer, beach read or a book to pick up when you want something easy to read. 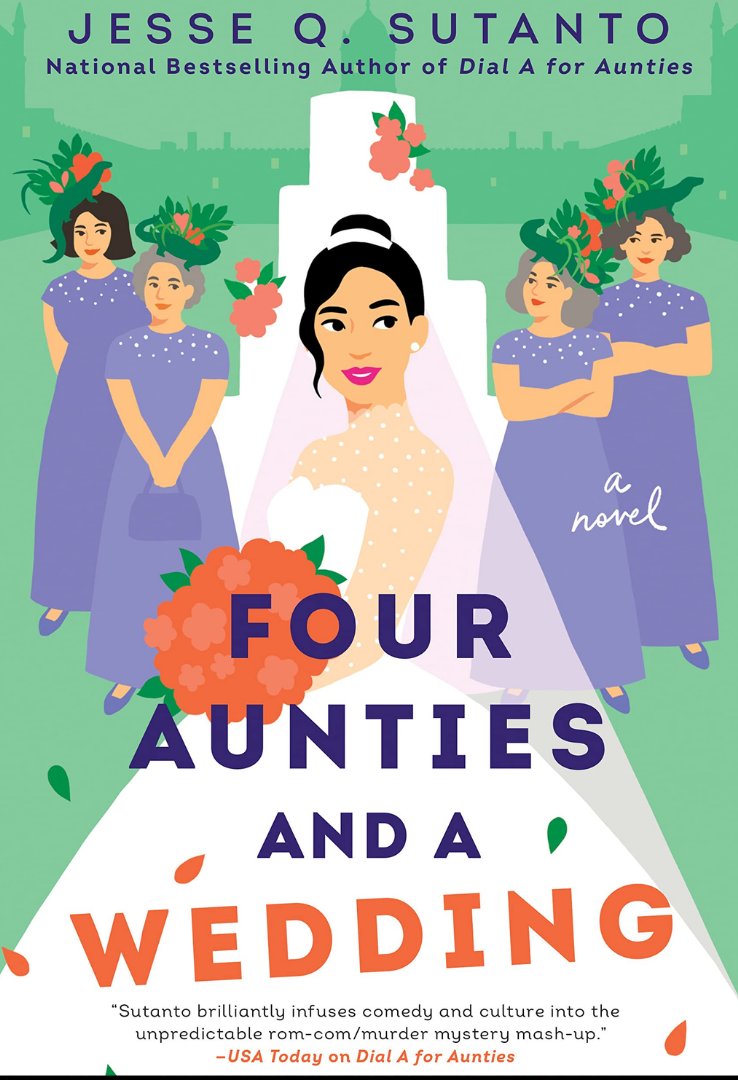