Fight Like a Girl by Kate Germano (Review by Brittany Ahr) 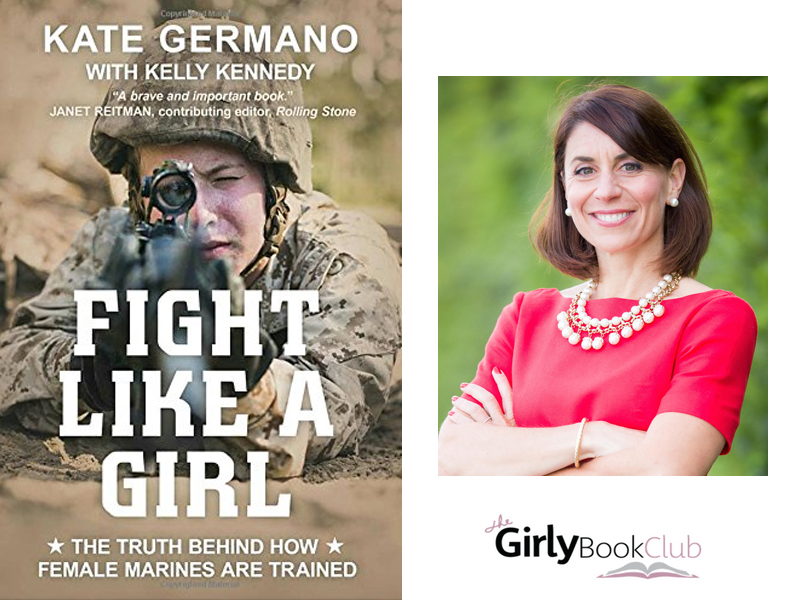 Fight Like a Girl is an autobiographical recounting of Kate Germano’s experience as a Lieutenant Colonel, and more importantly a woman, in the marines. This book is so important and shines a light on conditions in the marines that needed so badly to be addressed. Germano does an excellent job of explaining military life to those who lack the experience of it, and then takes it a step further by consistently reiterating what’s going on throughout the book. Her encounters and obstacles with naysayers stationed above her really paint a picture of the difficulties she had getting anything done at her job and for the recruits she was in charge of at Parris Island, a military training camp. I’m glad I took the time to read this book. It was frustrating to read everything that the women of the marines had to put up with, but heartening to know that Kate is speaking up to bring about change, and that things are happening to fix the problem.

One of the things that I had trouble with was the feeling that I was reading the same passage over and over. Germano kept stressing the same details while trying to communicate the struggles she went through, and at times it made it difficult for the book to move forward. Otherwise, this book was a good, informative read and something people can take with them on their commute and read a chapter every morning. Live in Germano’s shoes and learn from her situation and how she handled her situation, and made the world better for future marines, male and female alike. I would rate this a 3.8/5 and I would recommend this to the GBC as a future nonfiction read!