Dreams of Falling by Karen White (Review by Taylor Bridgeforth) 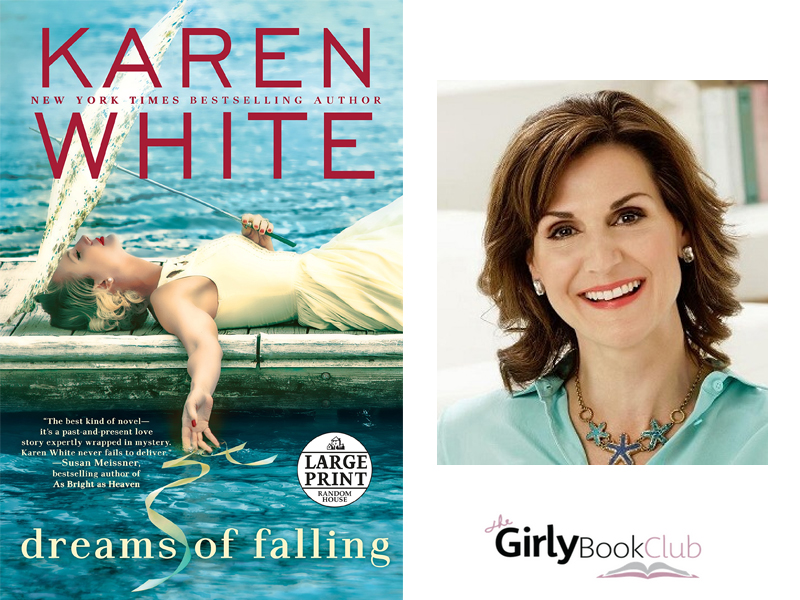 Dreams of Falling by Karen White was a story told between three generations.

CeeCee, Ivy and Larkin all had different lives, experiences, and people they cared for. I personally had to make a character tree to use as a bookmark to keep the characters in the right time period.

One of CeeCee’s best friends, Margaret, died in a house fire and CeeCee decided to raise her daughter, Ivy, with her husband. Not enough questions were asked to raise suspicion until Ivy fell in a hole of the burned down house her family has owned for generations that resulted in a coma so her daughter, Larkin, came back to South Carolina to wait out the results.

That’s the easy part of the book, but secrets can’t stay secrets for long when someone knows what happened to Margaret 58 years ago and Larkin wants to find out exactly what and who’s lied all this time.

It’s a 300 page waiting game since CeeCee’s point of view in the 1950’s is what tells the story so be patient as you’re pulled back to the present with Ivy’s coma thoughts—lusting after her first love, who’s not her husband, whaaaat?!; and Larkin trying to prove herself to the people she escaped 9 years ago—lame, since Bennett loves for who she’s always been why settle for Jackson who betted on her virginity. A no brainer, amirite?

Margaret was as pretty and popular as she was selfish and spoiled, but did she get what she deserved? Every page my internal thought was, oh no she did not, until the very end when I literally yelled, I can’t believe she did that.

Secrets, secrets and more secrets, find a quiet room and dissect who started the fire.