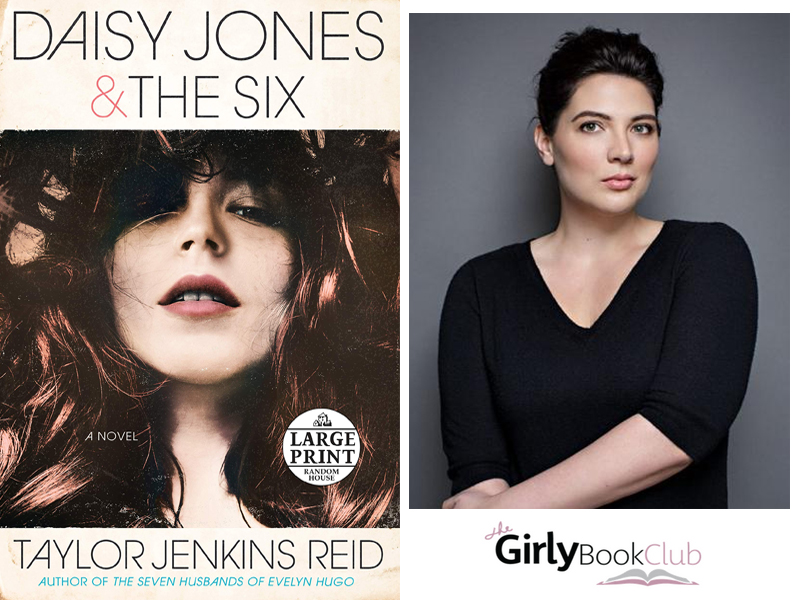 “Daisy Jones & The Six” was unlike anything I’ve ever read before. To be honest, when I first started reading it I was thinking “ what the heck is this?” LOL.  If you are a fan of Taylor Jenkins Reid’s books like I am, you know that her first 4 books were similar, the feel good romance books. Then she wrote “The Seven Husbands of Evelyn Hugo” and changed things up. It was different and I loved it. So when I started reading “Daisy Jones and The Six”, I actually wasn’t sure what I thought.  Since I love everything Taylor writes, I dove in and prepared myself for something different. So I should explain what I mean by “different”.  The book isn’t written like a traditional story, it’s written out like an interview.  The interviewer is asking questions to the members of the band, anyone who worked with them, friends, etc, in order to give us the inside scoop about the rise and fall of Daisy & The Six. After a few chapters I was hooked and finished the book in a weekend. When all is said and done, I loved how different the book was! It felt so real.  I was really sucked into the characters and their story and at the same time was engrossed in their lives and well-being.  Amazon and Hello Sunshine are making this book into a 13-part series and I am really interested to see who they pick to play Daisy’s part! I have a few suggestions so if anyone would like my opinion let me know!

Daisy Jones & The Six is about a band formed in the 1970’s.  Daisy is a young beautiful teenager living with hippy parents who really don’t care much about what she does. She comes and goes as she pleases, becomes a regular at nightclubs, and starts getting into the groupie scene of sex, drugs, and Rock n Roll. Everyone who meets her is stunned by her beauty and her carefree attitude. Daisy loves to write songs, and with a beautiful and unique voice, she wants to make her own music. She gets a record deal but unfortunately none of her songs are what the executives are looking for. Being strong-willed, Daisy refuses to do any work as she will not sing other people’s music. The Six is a band on the rise, getting more and more recognition with each gig they get, and their lead singer Billy writes all their music. Daisy and The Six share the same manager, and when Billy writes a song that management thinks would be better for a female voice, he suggests Daisy. She is a great fit for the band, and her voice and presence will bring more people to their shows. After the first tour together the band decides to make Daisy a permanent part of the band, and rename themselves Daisy and The Six.

The interviewer starts in the beginning and really takes us on a journey to discover who these people were, both as a band and as individuals. The book is so well written at times I thought this was a real band! Seriously I Googled it. As many people before me have said, the band  Fleetwood Mac came to mind. Female lead with a unique voice. Taylor Jenkins Reid fans will LOVE this amazing story, and love the little surprise at the end!