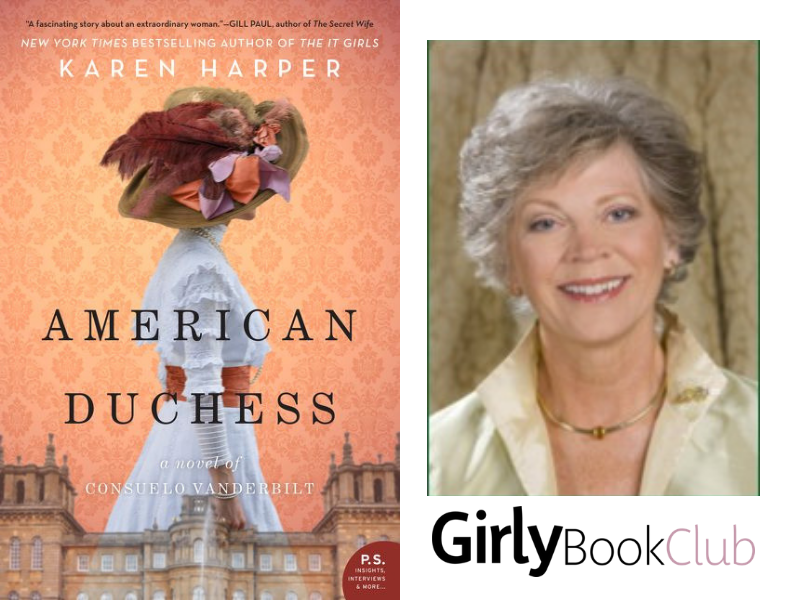 This book is an exciting historical fiction novel and Consuelo Vanderbilt is the perfect strong female persona.

The story begins in 1890 with Consuelo Vanderbilt as an eighteen-year-old woman. She comes from a very well-to-do American family and has no say in her destiny. Her mother is arranging her marriage, meeting with some of the most desirable and wealthy men from all over the world.

However, Consuelo is in love with Win, a sweet man who loves her back. Her mother doesn’t care about her feelings and she promises her daughter to the British Duke of Marlborough. Consuelo is considered a “Dollar Bride” – a woman from a wealthy American family who marries a man of nobility for the title. She cries nonstop during her wedding day thinking of her forbidden love. Will she ever see Win again?

She moves to England and becomes the Duchess of Marlborough. Although the place is beautiful, Consuelo misses her beloved country. She feels even more forlorn when her husband makes it very clear that they will never step foot in the US again.

Soon enough, Consuelo is fulfilling her duties as the new duchess and she realizes she has enough influence to make a difference in the small village. It seems to her that the villagers still live in feudal times but according to her husband, the old ways are best for everyone.

Consuelo becomes stronger and stronger with very progressive and feminist ideas. She fights for equality and the village calls her the angel of Woodstock. Of course, not everyone agrees with her revolutionary ideas but she continues on anyway.

She finds out she’s braver than she ever thought. She decides to file for a divorce which was unheard of in those times. But Consuelo is determined to live her life as she wants to.

In my opinion, this book is everything a historical fiction should be. It’s beautifully written and reading about a powerful woman makes it even better.

Check it out here