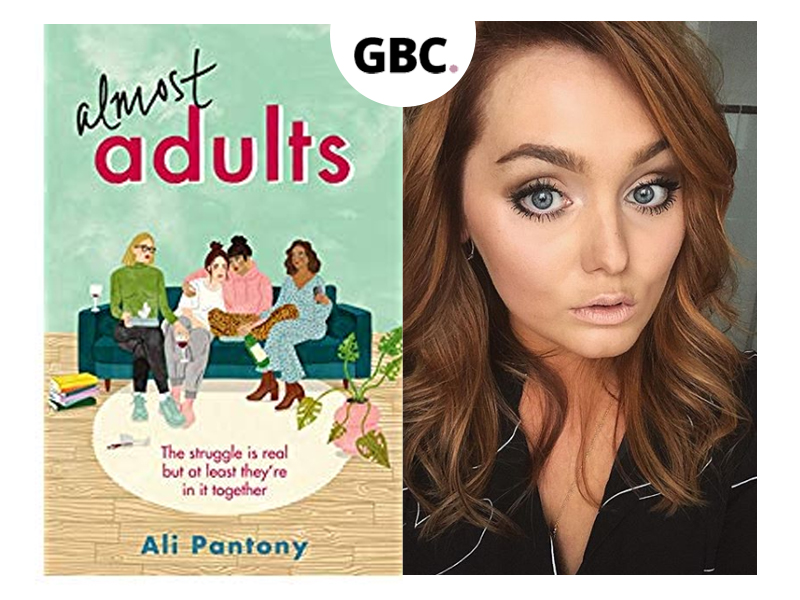 Have you ever been a mess after a break up? Struggling to figure out what to do with your life, despite being in your mid-twenties? Unsure how to pay your council tax?

If your answers to the above are yes, yes and ‘what even is council tax?’, then this is the book for you.
Almost Adults follows Nat, Edele, Alex and Mackie, four friends who are muddling their way through, trying to figure out how to become ‘functional adults’.

Reeling from a sudden break up of a seven year relationship, Nat is lost. When Matt leaves, she discovers just how much of her personality was entwined with his, leaving her to find herself again, but feeling like that has completely gone. Edele is unemployed, twenty seven and still living at home. After being fired, she has no motivation to apply for jobs, too comfortable at home with her family. Alex is bored. She has been in the same relationship, town and job for years. All she wants is a bit of excitement, while not giving up on the one she loves to get it. The only close to functioning adult and ‘mum’ of the group, Mackie, is obsessed with living that ‘perfect’ life. She eats super foods, has a high powered job and an aesthetically pleasing Instagram. Yet, she is still not satisfied.
Throw in some wine, questionable substances, nights on the beach and we have the self-proclaimed group: ‘Mean Girls’.

This was one of the most realistic books that I have read in a while. From break up drama to feeling confused about what to do next in life, Almost Adults is a pleasantly paced book that deals with everyday life. I loved the friendship that these four women had, propping each other up and knowing when to give tough love.
From the start, it was clear how much these women adored each other. They would rush to each other’s aid when they needed it, whether it be over a break up or just a bad day. It was the kind of friendship that we would all treasure.

I particularly enjoyed the Whatsapp group chat, which made me chuckle at all the inside jokes and references that they had. It seemed so much like a real friendship group that these people could actually be found in Hackton, hanging out on the beach with a glass of wine at the ready.

While I wish that Mackie’s character had been more fleshed out, the other three were fully rounded and came with their own set of problems that could have had a book dedicated to each of them.
After this debut novel, I am looking forward to seeing what Ali Pantony does next! 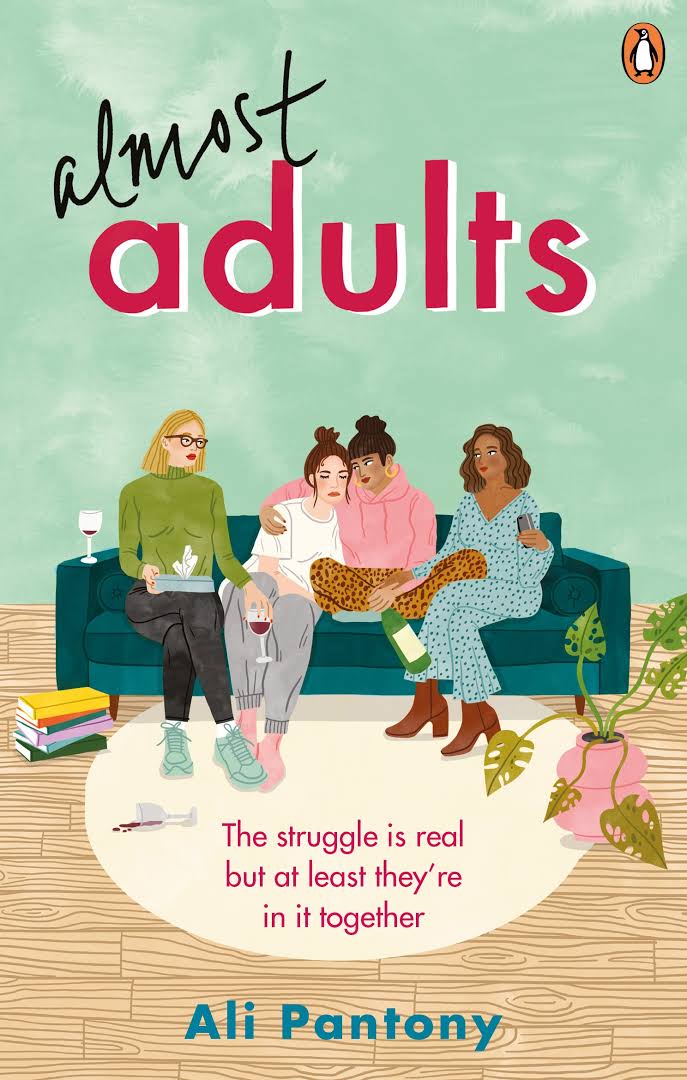