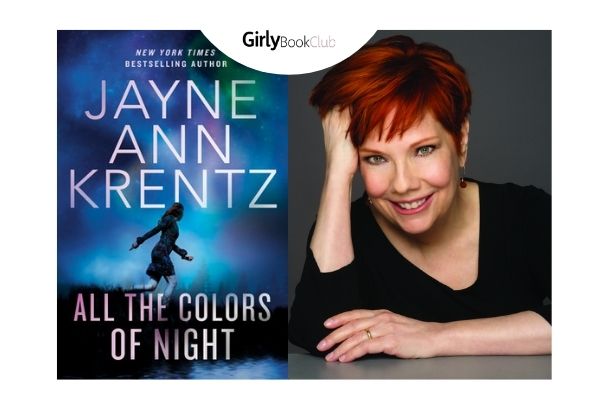 
All The Colors of Night By Jayne Krentz is the tantalizing second book in her Fogg Lake Trilogy.
Sierra Raines is a go-between for the Vault Agency, an agency which deals with paranormal artifacts and those who covet them. Using mirrors to utilize her own paranormal talent, Sierra is hired to help a client recover important details in regards to an assault on his father.

North Chastain isn’t sure he wants to hire Sierra either, but time is of the essence to help his father from the attack that rendered him immobile and lacking any recognizable form of response. While both North and Sierra are hesitant to join forces as they each work for companies with suspicious reputations, they agree and begin their mission. North is feeling the pressure as he races to help his father, and before he succumbs to the loss of his own paranormal talent.

As Sierra and North begin their journey together, they find themselves in the midst of several situations that are not what they appear on the surface with tie-ins to the first book of the trilogy. As they dive deeper into the mysteries surrounding them, they find themselves in a constant stage of danger causing them to rely on each other and the talents they have been born with. As they continue to Fogg Lake and race to save North’s father they begin to wonder if what they had been looking for in their separate lives was each other.

Jayne Ann Krentz does a wonderful job weaving this tale through her world of paranormal characters and mysteries, marking this book and all others a suspense filled ride. Jayne masterfully ties in characters from the first book with hints of what we can expect in the final book of this trilogy. Jayne writes each book in such a great way that if a reader picks up a book out of order in this trilogy readers can piece it together easily without worrying they have missed something in the beginning. A book definitely bound to keep their reader locked into their seat with eyes glued to the pages. 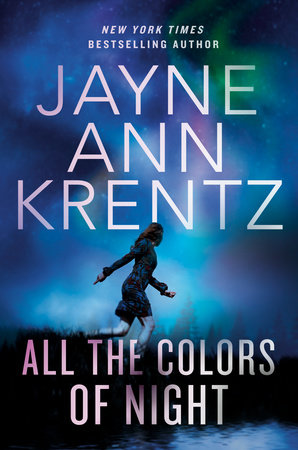