A Suitable Affair by Erica Taylor (A Review by Jennifer Holmes) 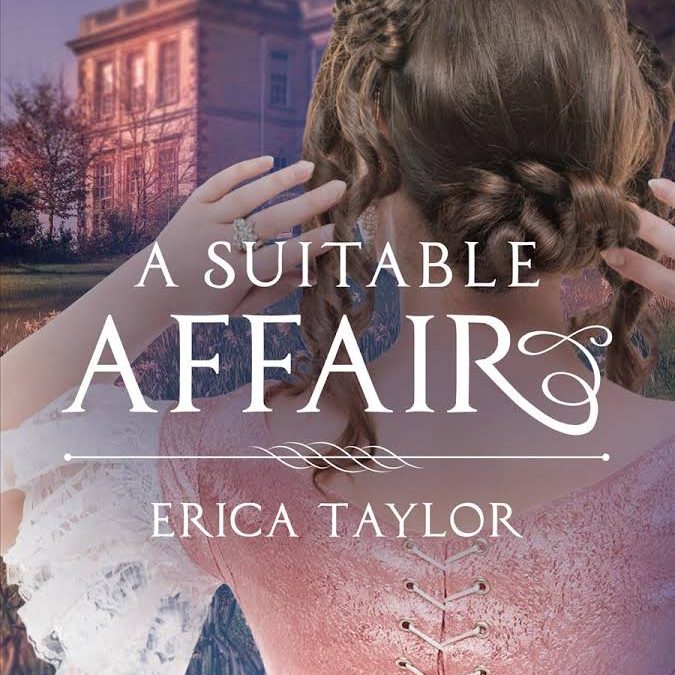 This story is set in the 1800’s in London, England. Lady Susanna Macalister is unlike most girls her age; she doesn’t want to be betrothed and end up in a loveless marriage. Everyone – including Susanna – assumes she will marry the very wealthy Lord Riverton, but an accidental run-in with Lord Ian Wescott will make her question everything she thought she knew.

Ian Wescott is investigating the murder of several woman, including his sister Beth.  Beth was engaged to Lord Riverton at the time of her death, and Ian is starting to believe this isn’t a coincidence. He needs Susanna’s help in getting information about Lord Riverton without letting her know what he suspects and also needs to keep her close so that she doesn’t become his next victim.

Ian and Susanna start to spend a lot of time together, and although she tries hard to deny her feelings, she realizes in Ian, she has found exactly what she has always hoped for.  Ian finally tells Susanna that he’s investigating Lord Riverton for the murder of his sister and together they work to bring him to justice.

A Suitable Affair has many unexpected twists, a beautiful love story, and a fairytale happy ending.