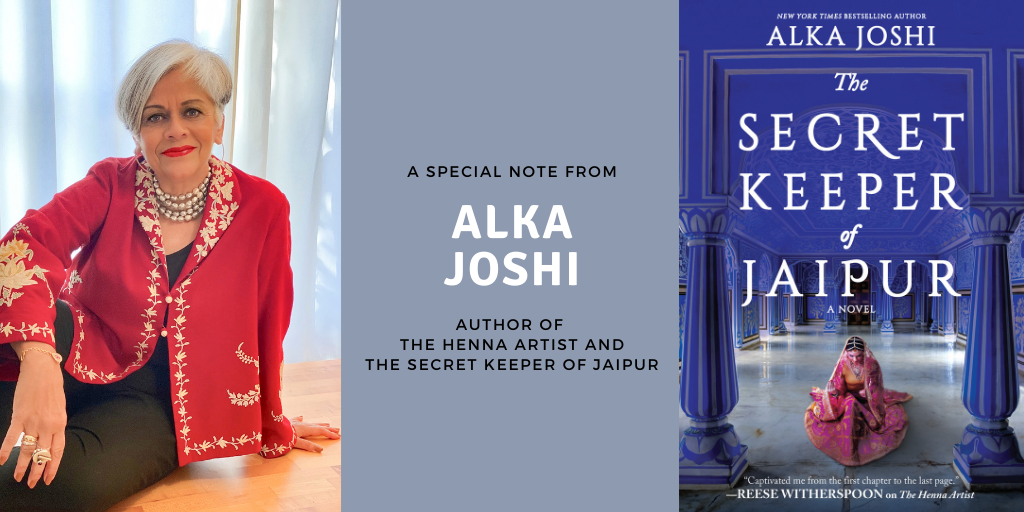 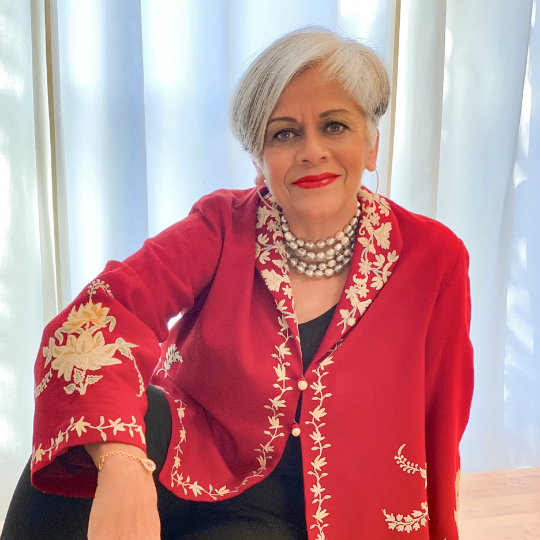 Alka Joshi was born in India and raised in the U.S. since the age of nine. She has a BA from Stanford University and an MFA from California College of Arts. At age 62, Joshi released her debut novel, The Henna Artist, which immediately became a NYT bestseller, a Reese Witherspoon Bookclub pick, was Longlisted for the Center for Fiction First Novel Prize and is being developed for a TV series. The sequel, The Secret Keeper of Jaipur, premieres June 2021. To learn more about Alka, visit www.alkajoshi.com or on Instagram @thealkajoshi 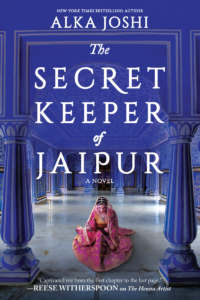 What inspired you to write this novel?

Before I became a writer, I was an avid reader, and I used to marvel at how writers could make characters come to life on the page. I could picture each in the gown or slacks the author had described, moving about a scene, talking to the other characters. And I would wonder: Did the characters feel as real to the author as they do to me?

Fast forward fifty years. I’m sitting at my laptop, creating a scene between two characters when Malik, the enterprising servant boy I created in The Henna Artist, starts to tell me he’d like to tell his story. He’s no longer eight years old; he’s twenty. I ignore him for a while, but he’s persistent—and persuasive. An extremely likeable and loyal character, Malik has captured the hearts of thousands of readers around the world. So I finally set aside the project I was working on and let Malik tell me his story. It came pouring forth. True to his character, Malik’s story is full of adventure and danger, and his love interest is a woman of unique character—not unlike Lakshmi.

And the answer to the question I used to wonder about? Yes, characters do come to life for authors as much as they do for readers. And when they do, you have to listen!

What are you working on now?

I’m currently researching the third book in the trilogy. Little did I know when I started writing The Henna Artist ten years ago that I’d end up writing three books, each focusing on one major character. The third book centers on Lakshmi’s sister Radha as an assistant perfumer in Paris, where she lives with her French husband and two daughters. She’s created the family she’s always wanted and surprised herself with an ambition she hadn’t known she harbored: to become a master perfumer, a difficult accomplishment for a woman in 1974. She’s on the cusp of developing a scent using an Indian ingredient unknown to the French when a visitor from the past upends her future.

It’s utterly fascinating: the hundreds of ingredients that go into fragrances Radha works with, the mystery of perfume houses like Chanel, Dior and Guerlain, the musky base notes that kiss the skin long after the spicy top notes have dissipated, and the lengths to which perfumers will go to create the perfect scent.

I’m so eager to return to the world of Radha, Lakshmi, Malik, Kanta and the Singhs as their stories develop over the decades. Who knows? Perhaps even the Maharanis of Jaipur will make an appearance in book #3?