A Spark of Light by Jodi Picoult (review by Cecilia Lyra) 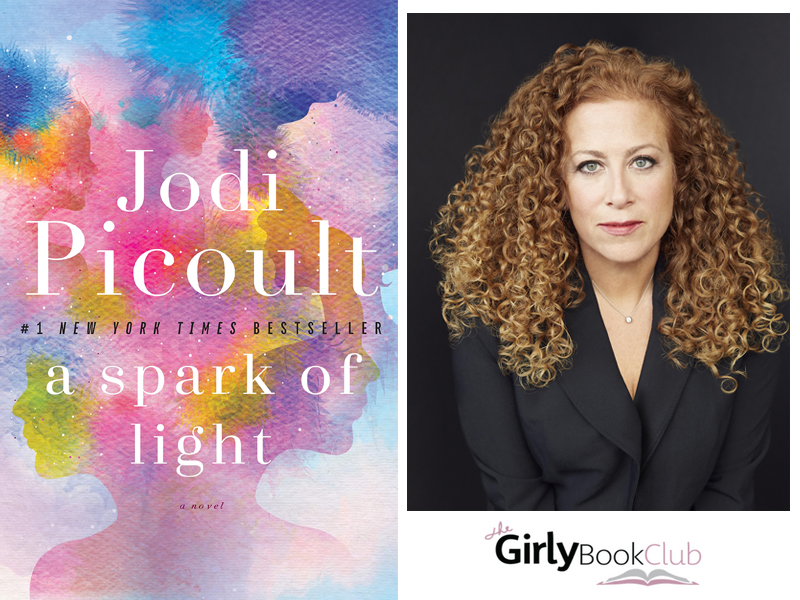 A Spark of Light by Jodi Picoult begins with chilling, compelling premise. Hostage negotiator Hugh McElroy is dealing with a disturbed gunman, George Goddard, who has invaded The Center, the sole women’s clinic in Mississippi, holding its occupants hostage. Hugh soon learns two things. The first: this is personal for George. His daughter came to the clinic to get an abortion, a decision that deeply offends his personal beliefs. To George, The Center is responsible for killing his unborn grandchild. The second: Hugh’s fifteen-year-old daughter, Wren, is one of the hostages. Which means that this is personal for Hugh, too.

The story takes place in a day and unfolds in reverse chronological order, from five o’clock in the afternoon to eight o’clock in the morning—with a six p.m. epilogue in the end. It features the points of view of nine different characters, including, naturally, Hugh, George, and Wren, but also Dr. Louis Ward (a travelling abortion provider), Janine (a staunch, pro-life activist who is taken hostage when she infiltrates the clinic undercover), and Beth (a young girl who is being prosecuted for the death of the fetus she was carrying).

A Spark of Light is rich in both plot—the story is filled with gripping twists and turns—and character. Readers will be privy to the myriad reasons that brought each of these men and women to The Center, and how the issue of women’s reproductive rights became one that they are passionate about—whether they in favor of it or not. I love that Picoult chose to center her latest novel around such a controversial matter—and not just because we are living in a time when women are in danger of losing what little jurisdiction they have over their bodies. I love it first and foremost because, in signature Picoult style, this is a novel filled with compassion.

Indeed, Picoult’s prose shines with empathy as she writes about flawed, relatable people. She has obviously done her research: the narrative is filled with facts and statistics inserted in a seamless way that propel the story. “Both sides” of an undeniably thorny issue are depicted through the nuanced lenses of human experience. No one view is describe as simple or absolute. Perhaps one of the most interesting takeaways from this novel is this: love is a pendulum that can occasionally swing so wildly in one direction, that it reverses itself, it becomes something ugly and violent and desperate. It becomes hate. And while this is certainly a disconcerting perspective, it is also one that might help all individuals relate to one another and practice the lessons of compassion and kindness that are ever-present in this novel.

Above all, this novel will make you feel, whether it’s sadness, anger, disgust, hope, or pity. (If you’re like me, you will feel all of the above—and then some.)

Fans of Jodi Picoult will not be disappointed.