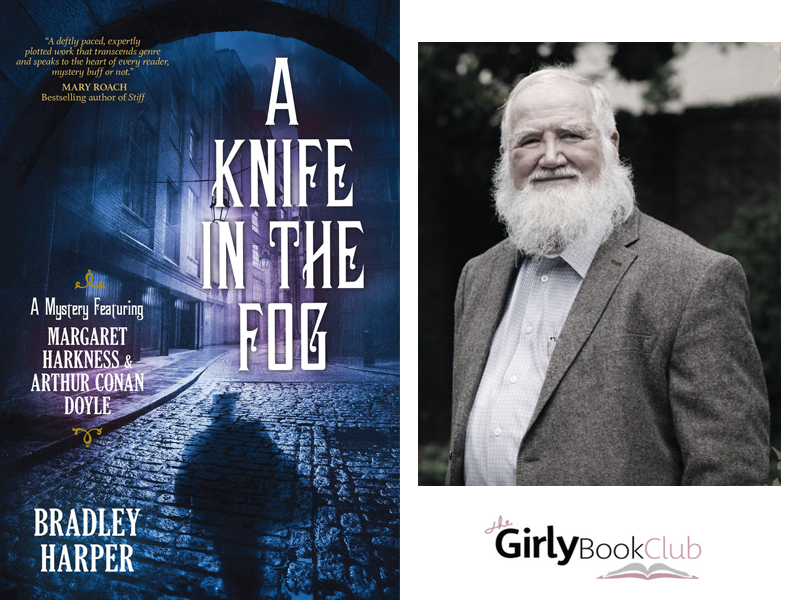 I wanted to love this book, but unfortunately I found it a mediocre read. It’s obvious that Harper did his homework, yet I feel like for me this resulted in lots of extraneous details that detract from the overall story. For instance, in one scene, Doyle is at a postmortem observing and decides this is an excellent time to interject the origin of the words “autopsy” and “pathology”. Was it an interesting tidbit? Yes. Did it belong in the story? Not so much, at least not as an internal thought of Doyle’s. It was just one of many instances that I felt took me out of the story and which I had to regain momentum from. There are also certain things that are brought up that are never revisited again. For someone who provides so much detail for a large chunk of the book, I wasn’t sure if some of those instances were purposeful or oversights.

One of the biggest things I didn’t like about the book was the romantic feelings Doyle has for Margaret Harkness. Early on, Doyle mentions he has a pregnant wife at home, but obviously he is summoned to London to assist with the case. He admires Harkness for her intelligence and personality and of course, that makes sense — she’s a very likeable character. But it felt pointless to me for Doyle’s feelings of respect to turn to affection to turn to romantic. He mentions multiple times his feelings for her but also follows that up with how he can’t act on them. That’s a valid point, clearly, and I didn’t want Doyle to cheat on his wife. However, it started to feel as if the only reason he had these feelings was so that the author could justify how protective Doyle was of her. Why couldn’t they have just been good friends? It wasn’t as if they worked alone — Doyle’s mentor Bell was there and he and Margaret were friends, so why did romance need to enter into the equation at all?

I had many questions with the reveal of the murderer as well, but I don’t think I can really delve into it without venturing into spoiler territory or at least suggesting spoilers.

There is a lot of world-building initially — the first two-thirds of the book felt very slow to me. But the last third definitely picked up the pace and honestly felt like it had been written by someone else entirely. It was a noticeably different style, at least to me. It’s a decent novel and I have to commend Harper for the hard work he put into it, but it just wasn’t for me. However, I fully expect other Ripper fans to appreciate it.