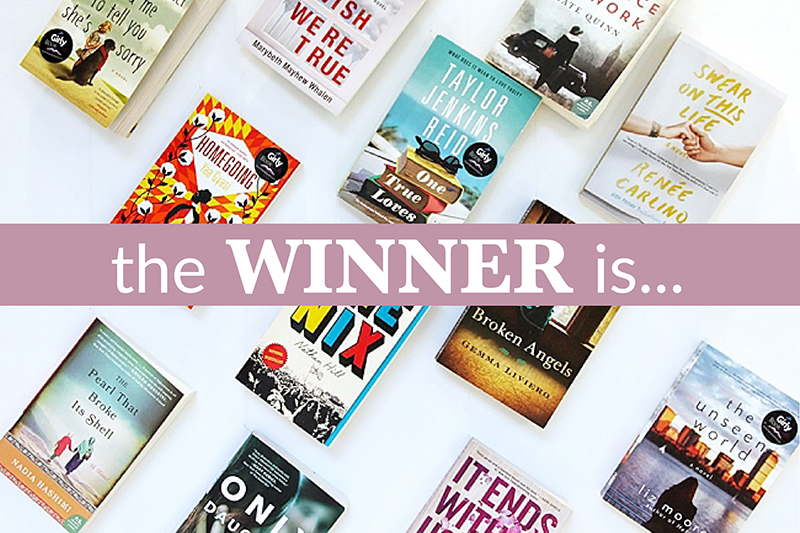 Another year in the books, another 12 books from the year! We read and discussed some great books in the past year and we wanted to know which was your favorite.

January: Only Daughter by Anna Snoekstra

February: The Pearl That Broke Its Shell by Nadia Hashimi

March: Swear On This Life by Renee Carlino

May: My Grandmother Asked Me To Tell You She’s Sorry by Fredrik Backman

August: It Ends With Us by Colleen Hoover

November: The Nix by Nathan Hill

December: The Things We Wish Were True by Marybeth Mayhew Whalen

And the winner is…

The Alice Network by Kate Quinn with over 35 per cent of the vote!

Runner-up titles include Homegoing by Yaa Gyasi and It Ends With Us by Colleen Hoover.