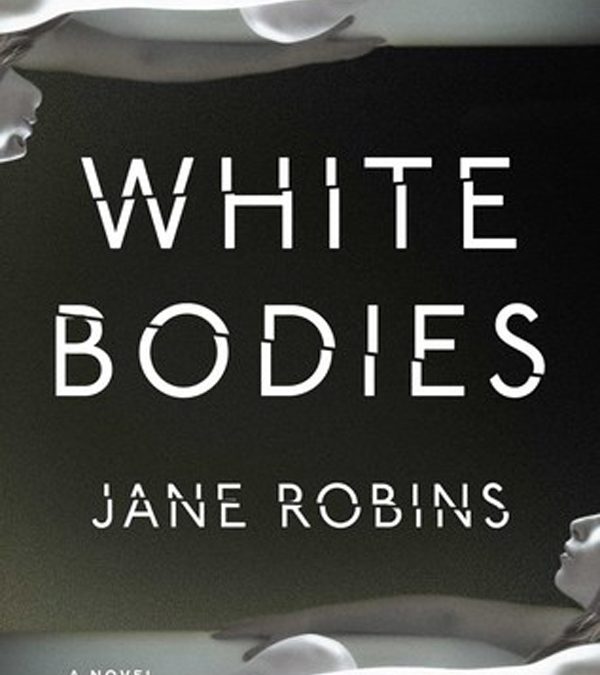 In White Bodies, we meet twins Callie and Tilda Farrow. It is clear from the start that they are nothing alike – Callie being more introverted and Tilda craving the spotlight. Behind closed doors, Callie has an obsession with her sister and her sister’s life; constantly doing weird things to get her fill of Tilda – literally – and documenting it all in a journal she has kept since she was young. Through the story, we learn a lot about their odd relationship and the history behind it.

Then Callie meets Tilda’s new boyfriend, Felix, and things turn dark. Callie suspects that Felix is manipulative and harmful to her sister and wants her to leave him, though Tilda claims there is nothing wrong with the way she is being treated. Callie joins an online forum about controlling men and forms friendships with others in the group who are able to give her advice and reassurance. When Felix is found dead, Callie thinks something is suspicious and it turns out nothing is as it seems. Can she get to the bottom of what is going on?

Parts of this novel were certainly disturbing and I found the characters hard to like, yet I was unable to put it down. What I liked most about it is that while there were themes that were similar to other recent psychological thrillers, I hadn’t read one quite like this before. I was completely surprised by the ending, as I often am with psychological thrillers, but I have a feeling many readers will be just as shocked! I would definitely recommend this to others in The GBC, but be warned you will need to clear your schedule for a day – you won’t be able to put it down!