What We Were Promised by Lucy Tan (Review by Cecilia Lyra) 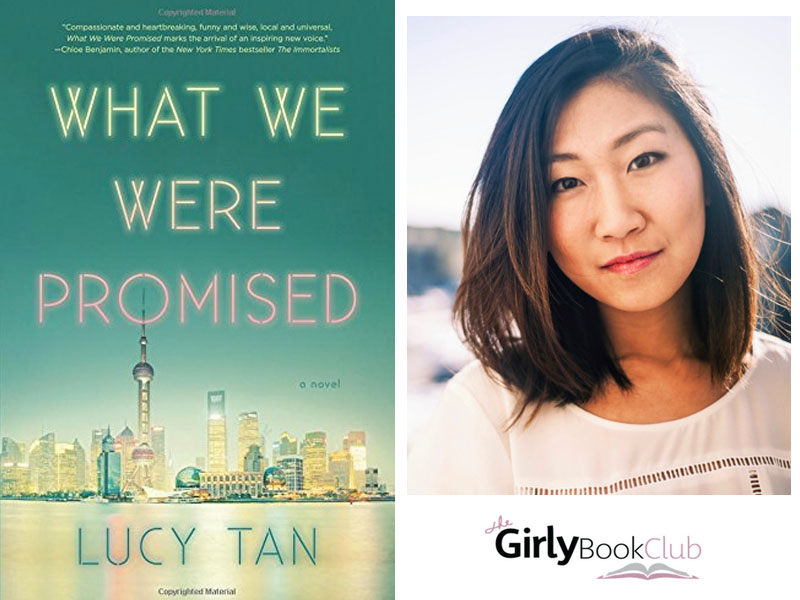 This is a story about a family. But it is also so much more.

After years of living in the United States, the Zhen family has moved back to China. Lina is having difficulty adapting to her new role of a tatai (a lady of leisure) in their luxurious, full-service apartment in Shanghai. She also can’t stop thinking about Qiang, her estranged brother-in-law. Wei, her husband, might be busy in his new job as a marketing strategist, but busy does not mean fulfilled. Their twelve-year-old daughter, Karen, is a child of two cultures and two languages: a singular upbringing that is both immensely rewarding and innately challenging. Sunny is their acutely observant housekeeper turned ayi (full-time nanny), whose humble origins do not prevent her from dreaming of a life different than the one expected of her.

One day, Lina wakes up to discover that her ivory bracelet has gone missing. Karen plays with her mother’s jewelry, it is a ritual of theirs – but she’s never even seen this piece. Why not? Sunny is uneasy: she is one of two housekeepers with access to the Zhen’s apartment. Surely, they must suspect her. And then Wei gets a phone call that he had long ago stopped expecting: it’s his brother, Qiang, announcing that he is coming to visit them. Privately, Lina is convinced he is coming home to see her. As readers, we are privy to Sunny, Wei, and Lina’s alternating points of view. And we are kept thoroughly engaged in their emotional journeys until the very end.

This is a story about a family. About the invisible, yet inescapable restrictions of class divide. About heritage and national identity in the age of globalization. About how we fill objects with meaning while numbing our hearts. About the clash of a person’s sense of duty with their yearning to dream. About the promises we make – and the ones we break.

Most of all, this is a story about where – or rather what, or even who – is one’s home.