Rating: 5.0
Walking The Bowl is a powerful book that will stay with you long after you have turned the last page. It is beautifully written, with a raw and gripping narrative of nonfiction that will make your heartache with apathy and hope. I loved this book!! Authors, Chris Lockhart, a medical anthropologist from the University of California, San Francisco and UC Berkley and Daniel Mulilo Chama, formerly a street child of Lusaka, Zambia, now an outreach worker, masterfully craft a heart wrenching novel that documents the growing crisis of street children in the capital city of Lusaka, located in South-Central Africa.

Walking The Bowl is a complete immersion into Lusaka’s street culture by following four children forced to survive on the streets. Timo, 17, has been on the street for 10 years. He decides to better his social position within the Gaza Strip Boys gang, by offering his services to the drug baron of his township. Moonga, an eight-year-old boy, cast out from his family, searches for a place to belong. He finds himself adopted by a large group of boys dedicated to begging, stealing, and glue-sniffing in the bus terminal station (The Beggar Boys). Kapula is a HIV-positive, 16-year-old girl, who works as a prostitute in one of Lusaka’s ‘secret’ brothels. Lusabilo is a twelve-year-old ‘waste picker’ serving as a ‘chief’ over the ‘scavenger kids’ at Lusaka’s Chunga Dump, tasked with assisting the police with solving the murder of a child (Ho-Ho-Kid) found discarded at the dump. The street children of Lusaka create a complex varietal of sub-cultures (The Sewer Rats, Plastic Bag Boys, The Thirds), complete with social hierarchies that consist of rules, rituals, and a multitude of superstitions. The lives of these four children vividly intersect as the murder of the Ho-Ho-Kid is investigated.

Walking The Bowl reveals these vulnerable children and the challenges they face trying to survive in a city crippled by corruption. Lockhart and Chama created this compelling prose supported through years of research by students, social workers and academics. They lived among the children to collect data and countless audio interviews to accurately document their lives.

Walking The Bowl is simultaneously heartbreaking and hopeful. I wanted justice for the dead child unmercifully tossed into the garbage. I was fully invested in the future of all four children, hoping that by the end of the book they would all find lives that would allow them to recapture what is left of their childhood. This gripping, fast-paced novel deserves your time and attention. It is one of the best books I have read in a long time. If you read only one book this year, you must read Walking The Bowl. 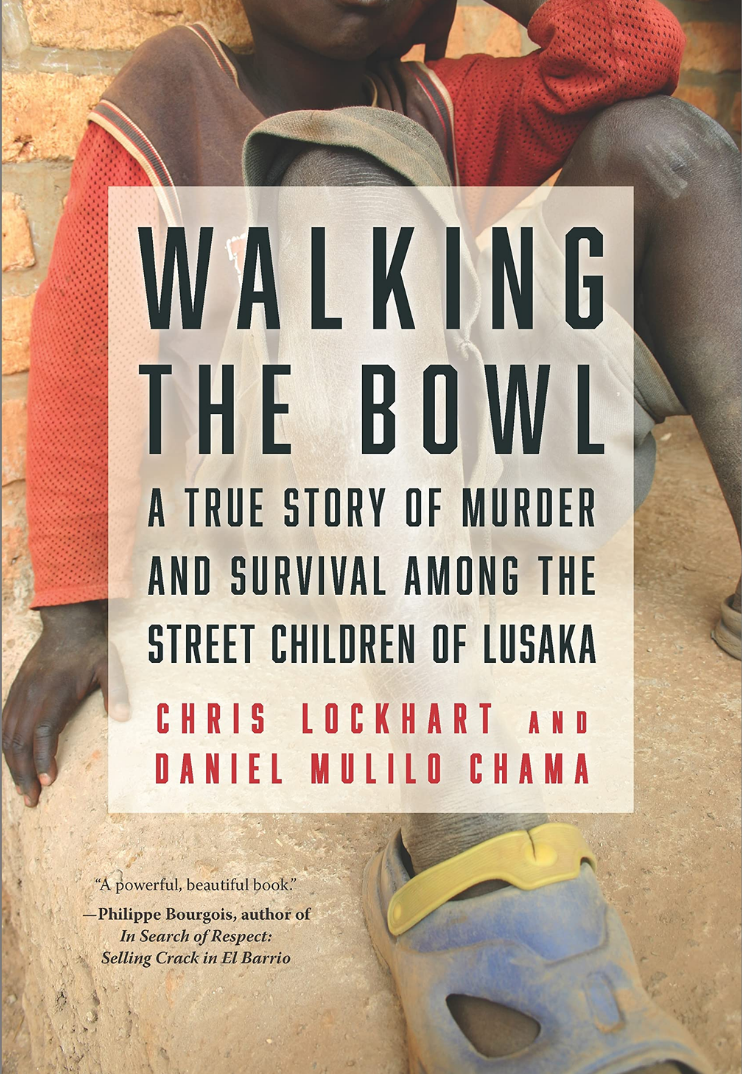