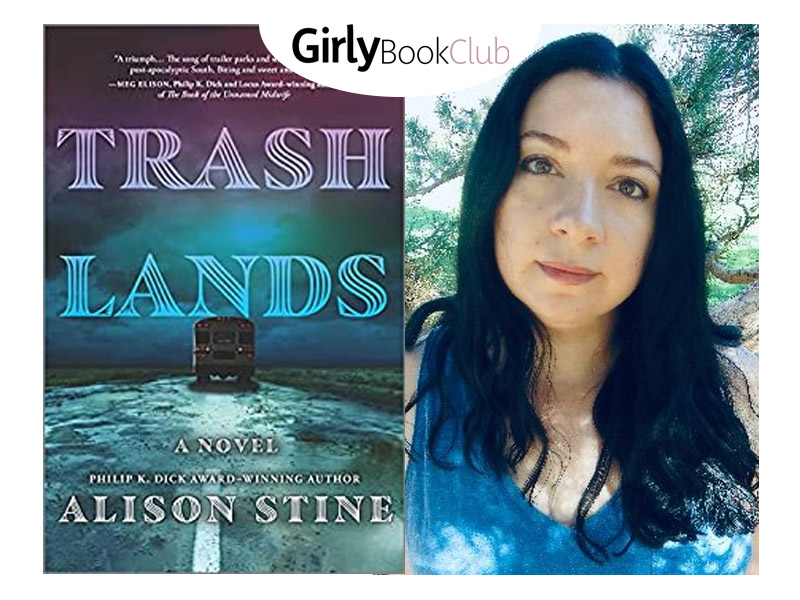 Coral lives in a world ruled by plastic. Global warming and human misuse of Earth have created a place of floods and trash, where, after a worldwide ban on the production of plastic, it has become more valuable than most other things. As a “picker,’ Coral works endlessly, sifting through the rising and receding waters searching for pieces of plastic, sometimes large and sometimes small, so that she can rescue her son who was stolen to work in the recycling factories.

Coral doesn’t remember when there was “normal” life, with regular electricity, cars that run, and books, this is normal for her. Abandoned by her mother as an infant, Coral has spent her life working to survive. She has built a life, surrounded herself with a tribe, and together they work to encourage and care for one another and all those they touch.

In Trashlands, through Coral and the people who surround her, we experience the world as it might exist when global warming and the human race has begun to destroy it. A world where survival is a daily struggle, yet where people still love each other and build the best lives that they can. A world where art and books are still important.
Alison Stine has created a world that intrigues, with characters that are well-developed and feel like real people. She has then put them in a story that requires attention and thought and maybe even action. Is this how our world will turn out? 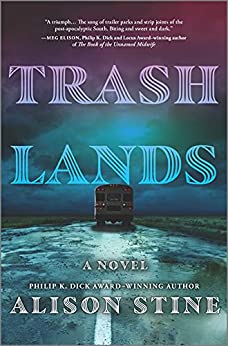