Too Close to Breathe by Olivia Kiernan (Review by Julie Ramhold) 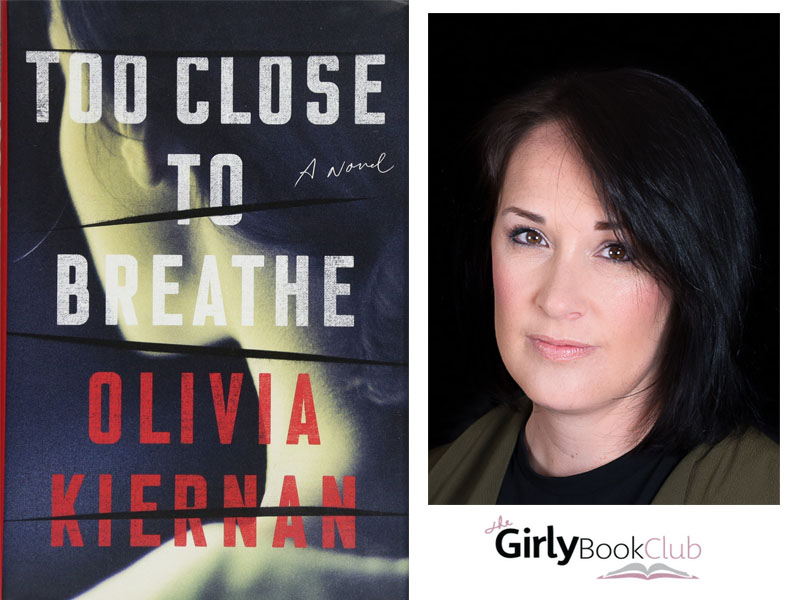 This book is a classic example of a great murder mystery. It’s much more than a simple whodunit or whydunit–the characters are well-written, and the elements of the mystery are very intriguing. I found myself trying to solve the case as I read along, and although a couple of turns were sort of predictable, this was still an excellent read.

Detective Frankie Sheehan has suffered an attack within the last year, and as she tries to recover, her anxiety is palpable. Every lead she and her partner track down ramps up the excitement and anxiety again. Is this it? Is this the piece of case-breaking evidence they’ll need? And then, when a lead turns into a dead end, the disappointment is so sharp the reader feels that despair as much as Frankie and Baz. The book is a bit of a roller coaster of emotions, and Olivia Kiernan does a masterful job of putting you in Frankie’s shoes, whether she’s feeling sympathy for a victim or doubts about a suspect. When reading it, I felt like it was going to be a cat-and-mouse situation like so many detective novels are, but I wouldn’t really categorize this one as such. There’s a short time in the beginning where it’s obvious Frankie is being taunted, but it stops after a bit and honestly I had forgotten about it some by the end of the book. This isn’t a bad thing–there’s a ton that happens in this title but it’s done so well you never feel like the author has gone off the path. This is a carefully calculated story and every direction it takes is purposeful. Sometimes with murder mysteries, it can feel a bit like the author tossed in some filler to drag it out before the big reveal. Not so with Too Close to Breathe.

It’s obvious that Kiernan did her research and did it well–the different elements in Too Close to Breathe speak of her dedication to telling this story. It was an awesome read that I would recommend to any mystery buff out there. I seriously can’t wait to read more by Kiernan, and I kind of hope she brings Frankie, Baz, and Clancy back again for more stories, just because I loved the characters so much. However, if she doesn’t, this novel is a fantastic stand-alone.