The Night Visitors by Carol Goodman (Review by Bruna Morais) 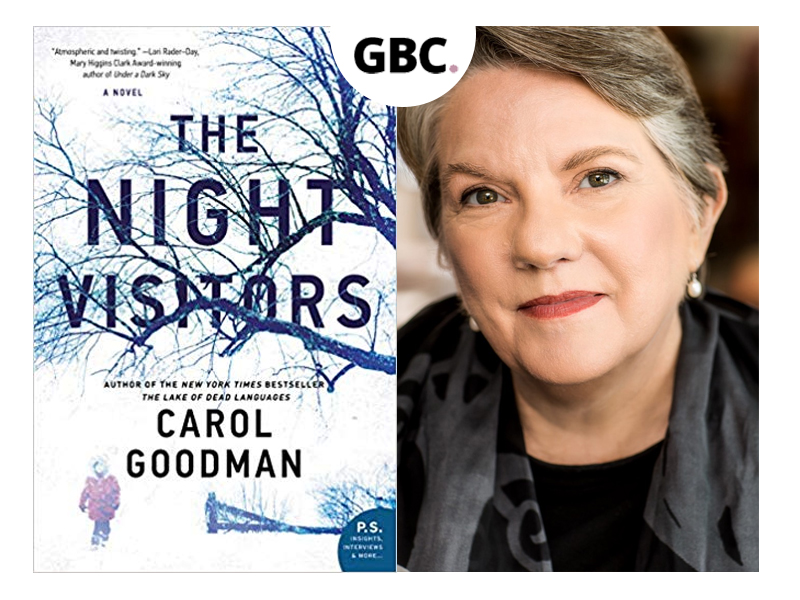 I love thriller novels and this book is different from anything I’ve ever read. There’s a tense atmosphere throughout the entire story, followed by paranormal events and a very frightening environment.

Most of the story takes place in a large old house in a small city during a snowstorm, already setting a scary tone for the book.

Alice is running away from her abusive husband with her ten-year-old son, Oren. She contacted social workers so they could help them by providing shelter and food until they figure out how to get back on their feet after running away.

Mattie is a social worker in her fifties, always ready to help victims of domestic violence. She picks Alice and Oren up in the middle of the night and she was planning to bring them to a shelter. Due to a terrible snowstorm, she decides to violate protocol and brings them to her house instead.

As soon as they set foot in her house, weird events start to happen. Mattie suddenly realizes how much Oren looks like her dead ten-year-old brother Caleb. This resemblance brings Mattie back to a terrifying past that she tried to forget for years. Things get worse when Mattie finds a knife covered in blood in Oren’s jacket. Did they really run away from their abusive dad and husband or are they running away from a murder?

Mattie suddenly realizes she might be in danger. She brought strange people to her house and she’s not certain if Alice is trustworthy or not. Besides, she’s shocked at how much Oren looks like her dead brother Caleb. Especially when Oren starts hearing a voice, saying things that only her brother would’ve known.

Alice is hiding things about her past and the circumstances of them running away. But she’s not the only one. Mattie has a terrible past about her strict father, her crazy mom, and her loving brother who died so young.

I loved everything about this book. I wish every thriller was like this: terrifying environment and an ending you could never see coming. Carol Goodman also did a great job talking about such delicate issues: families that struggle living in a violent environment, mothers afraid of running away, and kids that see things that will affect them forever. 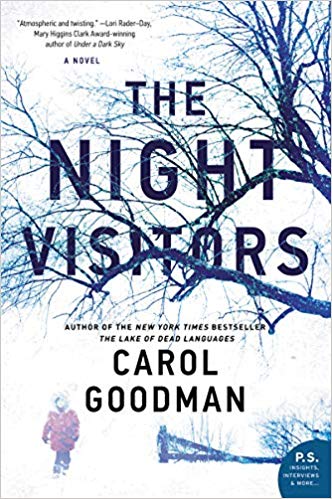