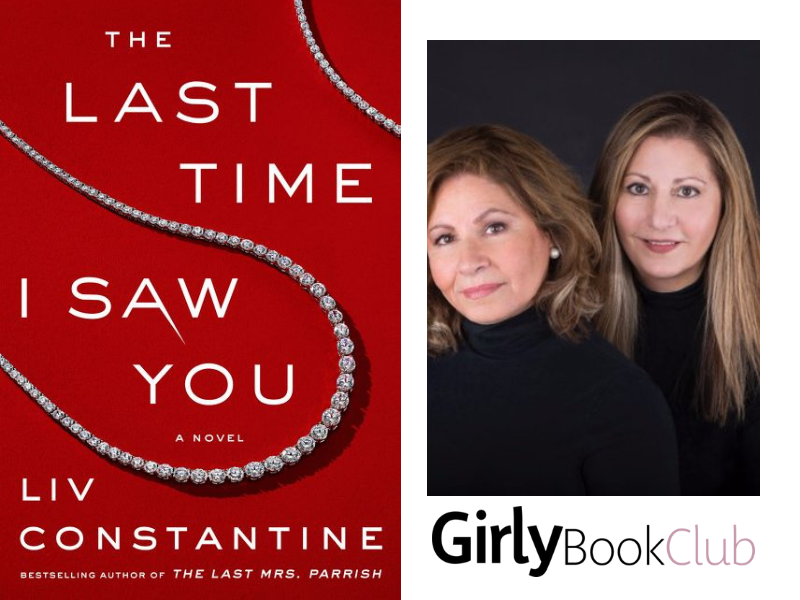 This book blew me away! From the plot twists to the intriguing characters, The Last Time I Saw You by sisters, Lynne and Valerie Constantine, who go under the pen name of Liv Constantine, is everything I was expecting and more.

Dr. Kate English tries to cope with the unexpected and recent murder of her mother. Shortly after the funeral, Kate begins to get threatening messages. From texts to an email and even dead animals, Kate begins to unravel. Her estranged childhood best friend Blaire, who she reconnects with at the funeral, steps up to help Kate through her grief. Now a successful mystery novelist, Blaire uses the knowledge she gained from her career to try to solve the murder of Kate’s mother, Lily.

As the threats continue, Kate beings to think she might be losing her mind. Those around her start to appear suspicious and she no longer knows who she can trust. Blaire on the other hand already doesn’t like Kate’s husband, Simon. When she learns of their separation before Lily’s murder, Simon becomes Blaire’s prime suspect. A family that once appeared to be so perfect on the outside, seemingly has their dark secrets, even ones worth killing over. As the saying goes: “There are no secrets that time does not reveal.”

I was captivated by this book from the very first page. I couldn’t put this book down. I wanted to get to that moment where the author reveals all and let me tell you, this certainly wasn’t what I was expecting. The Last Time I Saw You by Liv Constantine was a fast-paced, twisted thriller that left me absolutely shocked by the ending! You will not regret reading this book!