The Intermission by Elyssa Friedland (Review by Bruna Morais) 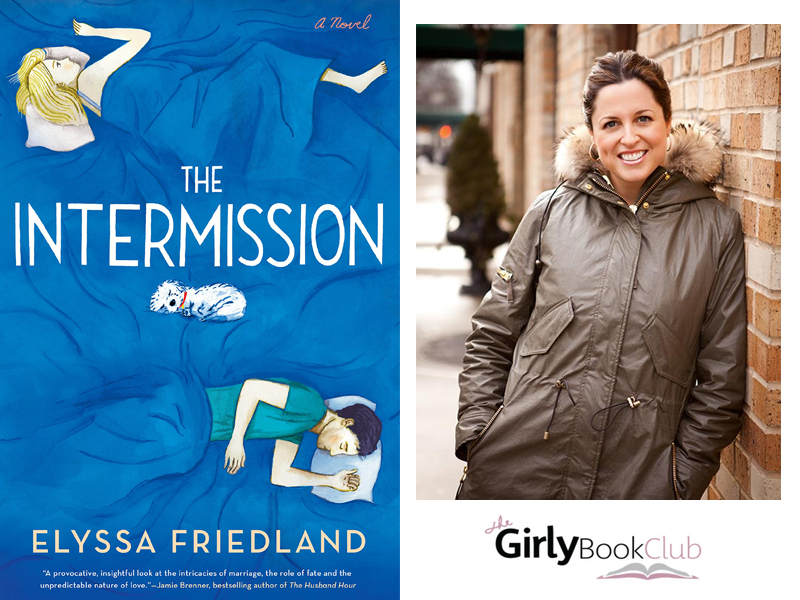 After five years of marriage, Cass and Jonathan are ready to try to have a baby. Mostly because their relationship reached the point where there are no butterflies in their stomachs anymore; they still love each other and a baby would be the next step in their timeline.

Jonathan is from a wealthy family and he is at the peak of his career; his boss loves him and he’s making a lot of money. Cass is currently unemployed, since she left her company after her boss’ death, and now she’s getting ready to have a baby.

Their relationship looks perfect to anyone from the outside: lovely husband, perfect wife, great apartment, cute dog. However, both of them keep secrets that, if revealed, would make them rethink their entire marriage. Cass wonders if Jonathan even knows her at all since she carefully created this intricate facade. Jonathan loves his wife but also has secrets of his own that contradict his outward appearance of a perfect husband.

One night, at their “baby making time,” Cass suddenly proposes a break from the marriage. The purpose of this time apart is to know if they would miss each other after being separated for six months, and if they were really meant to be together, before having a child. They would only see each other once a month to exchange taking care of their dog.

The book is beautifully written; every chapter switches the narrative between Jonathan and Cass, allowing you to have each of their perspectives on the situation. It really is enjoyable to read someone else’s drama inside of a marriage, especially if you are married yourself, and how it ends up for them. It’s hard to put this book down after you start it; I would recommend it to all married couples.