The Anatomy of Desire by LR Dorn (Review by Julie Ramhold) 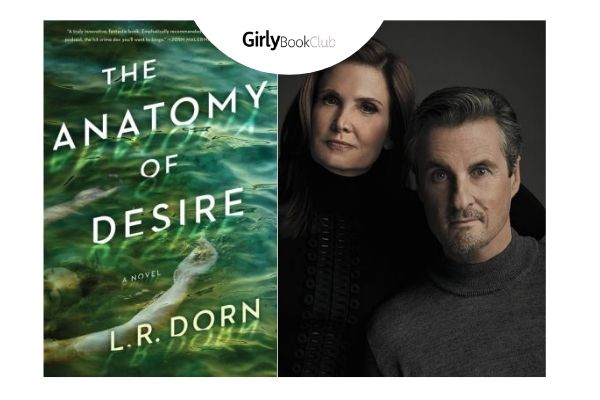 The Anatomy of Desire is meant to be a sort of modern retelling of An American Tragedy by Theodore Dreiser. I’ve never read the latter, but I’m extremely glad to have read the former. I read it in less than 24 hours because it was so impossible to put down.

LR Dorn is the name for a husband-and-wife-team of writers and the way they construct this entire story is just brilliant. If you’ve ever watched any true crime documentary or listened to the dozens of podcasts focused around true crime cases, this book is going to resonate with you. Being familiar with true crime, you probably know that a good narrator can make the pendulum swing back and forth – one episode you’re certain the person on trial is guilty and by the end of the next one, you’re back to thinking they’re innocent and being railroaded by corrupt cops. The Anatomy of Desire portrays this narrative so well – there were times I wondered if Cleo was actually guilty, long before we got to the big reveal of her inner thoughts and motivations.

Additionally, we see every step of the court process, from Cleo being arrested to charges to jury selection to opening and closing statements – everything. One thing about this book is that it just made me so angry to read. It’s a great story, don’t get me wrong, and I think the fact that it made me angry should be telling of how it’s such an amazing story. I don’t want to say too much about it, or about the ending, but I will say things did not pan out quite the way I expected and I ended up finishing the book with the same emotions I’ve finished true crime stories before. That is, not a strong sense of closure or justice and just very sad about how the real world is so unfair. I finished the book being starkly reminded that in the real world stories don’t get tied up neatly with a bow – and this is a piece of fiction, albeit one based on a book written by an author in the early 1920s and based on a true crime case that took place in 1906.

The thing about this book is that anyone who reads it is likely to have a different experience doing so. We all read the same words, but our own life experiences will shape our perception of this book and how we feel toward Cleo and Beck both. I won’t elaborate on my feelings on the women, but I will say I was immediately put off by the prosecuting DA and assistant DA – the DA was strongly religious and I questioned his motives. Even now, I think his motivations were less than noble, no matter what he “told the camera” for the docuseries the book is framed as. The assistant DA was barely any better, more of a lap dog and fawning over his boss. I had other issues with other characters, but few evoked the anger the way the DA and assistant DA did. I could say more – about Cleo, her parents, about Beck, Beck’s parents, Sandy, Sandy’s friends – but I feel like it’s best for readers to go into this book with an empty slate and form their opinions as they go.

When I finished the book, I had a hard time figuring out what to rate it. As a general rule, I tend to only rate books 5* if I’m planning to reread them and this one had such an emotional punch I couldn’t fathom reading it again. But the more I collected my thoughts, the more I realized I will read it again and it earns every single one of those 5*. I would recommend this book to anyone who appreciates a good thriller or true crime, especially if they like stories told in unique formats. 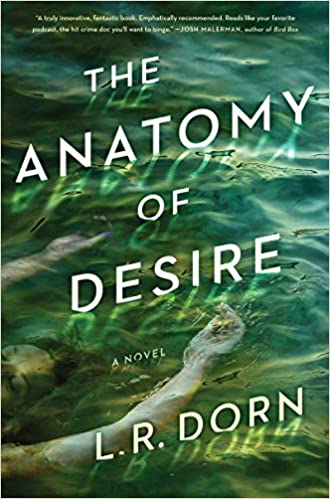