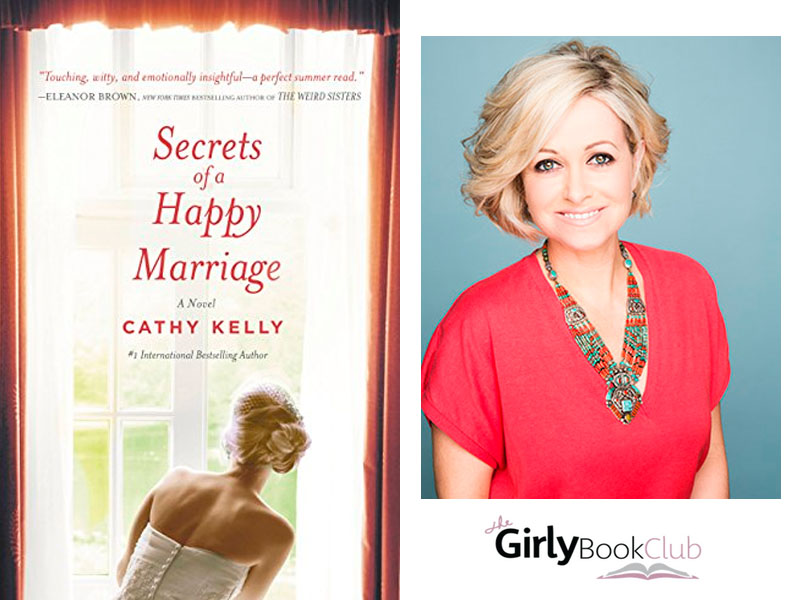 Somehow when I started Secrets of a Happy Marriage by Cathy Kelly I didn’t capture that newly married, Edward, was turning seventy! Edward is a widow but found love again and his new wife, Bess, was throwing him a 70th birthday party—how cute that an old man can find someone new to spend the rest of his life with!!!! Until his daughter, Jojo, didn’t even try to be happy for her father.

I understood that she wasn’t over her mother’s death but she ended up ruining other people lives by association—and that’s not fair.
Bess and Edward, Jojo and Hugh and Cari finding herself and then a new man (are there Conal’s IRL?) are the essential characters in the book; but Cathy Kelly told EVERYONE (cousins, brothers, aunts, uncles, etc.) in the Brannigan family life story.

In some scenes, I found myself tearing up because with everyone’s hang up of infertility, death, moving on, cheating fiancés, and crazy cousins (believe it or not there was more drama); it was all written in honesty and I couldn’t help but feel for the characters. All except Jojo again, she was a lost cause—until she lost everything and had no one to blame but herself. She was saved by forgiveness, I have yet to forgive. 😉