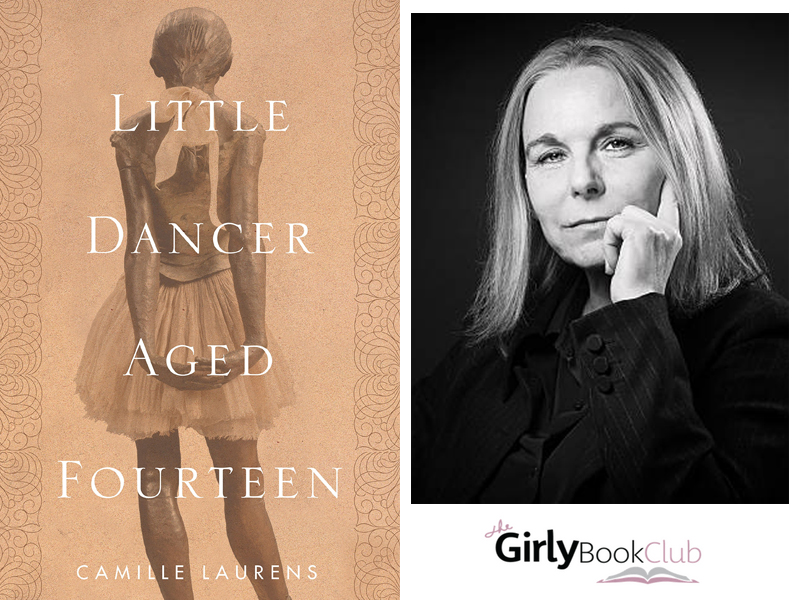 In Little Dancer Aged Fourteen, Camille Laurens explores the story behind the girl who posed for Edgar Degas’ famous Little Dancer sculpture. We learn her name, Marie Genevieve van Goethem, and gain insight into the life of a “little rat” at the Paris Opera. Not much is known about her – her time spent working for very little wages at the Opera, posing for artists like Degas, and what became of her after. Laurens quickly and vividly paints the picture of what van Goethem would have encountered struggling in late 19th century Paris as part of the young, working class poor.

The book was more along the lines of a very long essay that I could have seen published in, for example, a journal for the arts.For such a short novel, I felt it was very well-researched, though I am no expert in Parisian or art history, and easily digestible for someone not familiar with the Little Dancer sculpture. Not only did I get a sense of the history behind Degas, as the famous artist, but I appreciated that Laurens took to telling the side of the story of those often overlooked in artwork. The book opened my eyes to the not-so-pretty history of the Paris Opera and impressions of those spectators who initially viewed the sculpture in the context of Parisian attitudes at the time. I thoroughly enjoyed how Laurens contributed pieces of herself and her experiences to the story, which I think made it easier for me to establish an emotional connection to the Little Dancer. Though I liked the book, I did feel at times that it was a bit disorganized or hard to track where certain parts were headed, like following along with Laurens as she conducted her research. I can understand though that some readers may be able to better appreciate making discoveries along with the narrator.