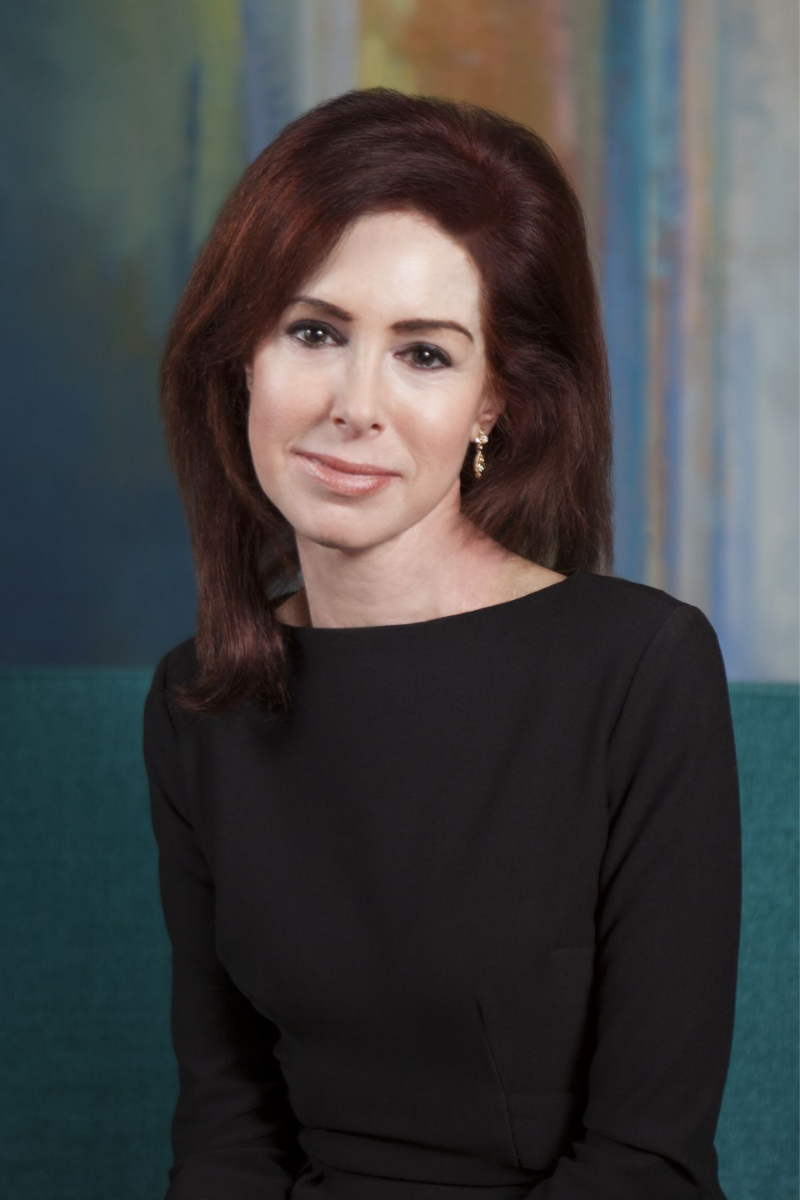 Susannah Marren is the author of Between the Tides, A Palm Beach Wife, A Palm Beach Scandal, and the pseudonym for Susan Shapiro Barash, who has written over a dozen nonfiction books, including Tripping the Prom Queen, Toxic Friends, and You’re Grounded Forever, But First Let’s Go Shopping. For over twenty years she has taught gender studies at Marymount Manhattan College and has guest taught creative nonfiction at the Writing Institute at Sarah Lawrence College. She lives in New York City. Visit her at www.usanshapirobarash.com or on Instagram @susanshapriobarash

Girly Book Club: How did you get into writing and what inspired you to write your first (non-fiction) book? What made you decide to transition from non-fiction to fiction?

Susannah Marren: I have wanted to write since I was quite young – by the age of six I was attempting a family newspaper and charging my parents and aunts and uncles for handwritten copies. Books and writing have mattered most to me since I was a child.

I was inspired to write my first nonfiction study – about female infidelity – because I kept hearing about it. Women would whisper in the locker room at a gym, on the commuter train, at a gathering. I wanted to know if this was a trend, what the percentages might be of women in a committed relationship who would embark on an affair and what was the motivation. The template for this first nonfiction book- of interviewing a disparate group of women across the country –  has been applied to the nonfiction books that followed. Always I have been researching how women navigate a path in our culture.

While both fiction and nonfiction are important to me, about ten years ago I decided it was time to return to my ‘roots’ and write novels. I had earned my masters degree in fiction writing and I felt it was time to apply  my research and themes  into fictional characters and a dramatic story. For both forms, I am investigating how women are positioned in contemporary society. How women truly  feel – not the faces they wear, not how they present to the world, but their innermost feelings and longings.

SM: My nonfiction has absolutely informed my fiction. The topics for my nonfiction books focus on single women, wives, mothers, daughters, sisters, colleagues, friends, rivals, mentors, lovers, mothers in law, daughters in law, stepmothers, stepdaughters. I did a study on why women keep secrets and lie for the cause and another study on how women ‘sleepwalk’ through life, and what is the incident that ‘wakes us up’. For each of these nonfiction books/studies, I interviewed several hundred women, a diverse group in terms of age, race, ethnicity, religion, social strata, level of education and age. They came from all over the country – cities, towns, suburbs, rural areas. And yet their yearnings, their emotional lives, were universal. Having learned so much from real life interviews fuels the characters and plots in my fiction.

GBC: What made you decide to write fiction under the pseudonym of Susannah Marren?

SM: From the start my publisher, agent and I discussed the possibility of using a pen name for my fiction. It is a way to differentiate the genres and separate the forms. Other authors have done this and  once it was presented to me, I realized why. To me, Susannah Marren is a great name for a fiction writer – much more melodic than my real name.

SM: A great book, fiction or nonfiction, has a compelling message. We learn from the book, it remains with us after we’ve finished reading it.

Being transported, taken out of our daily lives and drawn into someone else’s tale and experience is not only rich but offers us an expansive view of the world.

I believe the elements of a great story in fiction writing include a powerful core, a conflict that needs to be resolved, personal growth and realizations for the characters and a moral center.  A sense of place is significant and of course the writing style is very important. The reader should be ‘hooked’ from the start and want to know more.

SM: Before I begin a new book, I feel I need to understand the message and the narrative. As this applies to fiction, I will write a character study per character and outline the action. Whether it is fiction or nonfiction, I want strong women’s voices and for the book to reflect how women achieve agency.

I’d like for my readers to be engaged in the story, intrigued by what comes next and a takeaway that, as I’ve said above, reflects the female journey.

GBC: A Palm Beach Scandal is the follow-up to A Palm Beach Wife. What can you tell our members about the second book set in the glamorous world of Palm Beach?

Palm Beach is so glamorous and rarified — it becomes a character in these books, a place that has its own set of rules and is very beautiful, very privileged. One of my messages is that while we might imagine that life is perfect in such a perfect place, it isn’t always the case. In both books, my characters wrestle with deep buried secrets, the mother/daughter bond, female rivalry, the need to fit in. At what price is acceptance? At what price is the role of wife?

GBC: Where did the inspiration for A Palm Beach Scandal come from? Did you know when you began the first book in the Palm Beach Novels series there would be a sequel and where the storyline would lead?

SM: The inspiration for A Palm Beach Scandal comes from my nonfiction study on sisters, Sisters: Devoted or Divided, my nonfiction study on mothers and daughters, You’re Grounded Forever, but First Let’s Go Shopping, and my nonfiction book, Little White Lies, Deep Dark Secrets: The Truth about Why Women Lie. The research and interviews for these books informed this novel. I wanted a book about a mother with two adult daughters – a triangle about loyalty, family and secrets.

GBC: Will there be a third novel in the series and if so, what might readers expect in the continuation of the series?

SM: When I began the first book in the Palm Beach Novels series, I knew the first three storylines, they were in my head for a while and I’d begun notes on each. There would be at least three in the series – that was always the plan.

SM: The characters in my fiction are completely created by me. I imagine each of them, almost as if I’m in a movie in my own mind. I keep careful notebooks about each character – their appearances, their tastes, their feelings, how they relate to one another.

SM: I write every day. Because I’ve been a professor for many years, I have always written in the afternoon and evening-after I’ve taught morning classes. Weekends are not different than weekdays in terms of my work schedule.

And yes, because I come out of the nonfiction world and because I teach writing, I am in favor of a detailed outline for my fiction, as I’ve always done for my nonfiction. I appreciate how a chapter breakdown works as a guide.