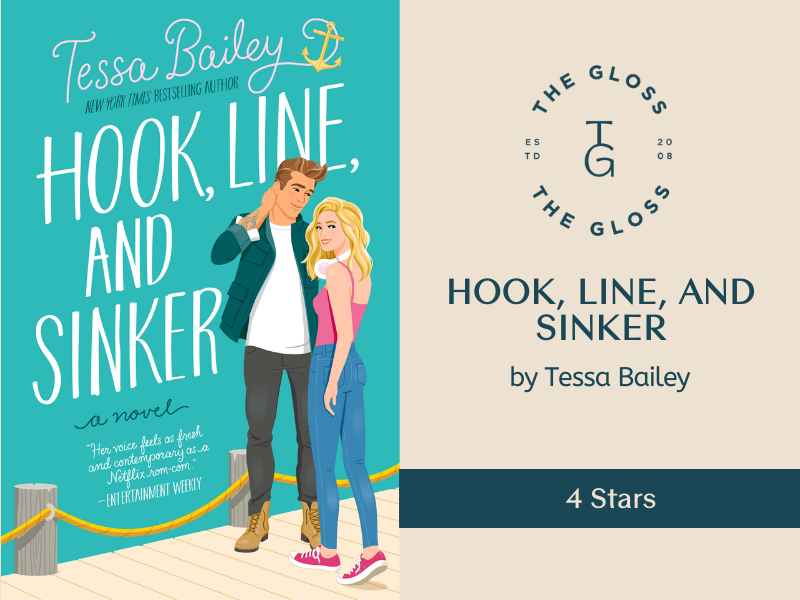 *This is the second book in a series, following It Happened One Summer, so there are some spoilers to that novel in this review*

Hook, Line, and Sinker is a perfect follow-up to the smash hit It Happened One Summer by Tessa Bailey! I am so happy that we get to see Fox and Hannah have their own story play out, as these two were fantastic in her first novel as supporting characters! Tessa Bailey is quickly becoming a favorite romance novel writer of mine and I look forward to pretty much anything she writes next! Okay, now to dive into this story…

Hannah views herself as the supporting character in her own life. Not one to be a ‘leading lady’, as she sees it, she is hopelessly crushing on the director of the film she is working on and hoping to catch his eye. When the location of the movie changes to Westport, due to an impulsive suggestion by Hannah herself, she knows she can reach out to her friend, and notorious ladies’ man, Fox, to help her get the attention of her crush. Fisherman Fox Thornton became friends with Hannah when she was in town with her sister Piper. Now Hannah is back in town for work and, despite a stern warning from Brendan-Piper’s boyfriend and Fox’s best friend-to stay away from Hannah, she seems totally immune to his charm and genuinely wants to be his friend. Go figure that the girl he has fallen for seems totally impervious to him and, in fact, wants his help to catch the eye of another guy! When things begin to heat up between the two and Hannah finds herself wanting Fox more than her crush, it suddenly becomes much more important to convince Fox that he is deserving of love and a relationship. Can Fox work through his own inner turmoil and show Hannah that he is worthy of her?

While this was a much more slow-burn romance then It Happened One Summer, I felt that was perfect for these two characters in their development! Tessa Bailey really had me so invested in these two, which I thought would be hard considering how much I loved Piper and Brendan from the first in the series! Something must be in the water in the town of Westport! 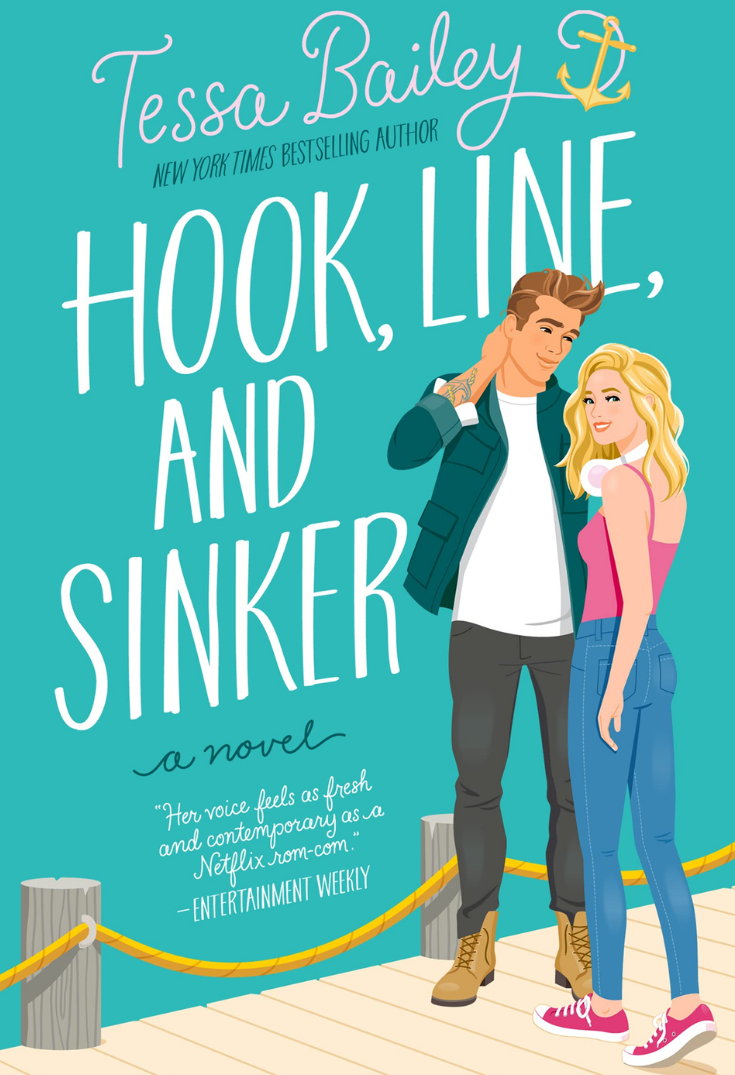