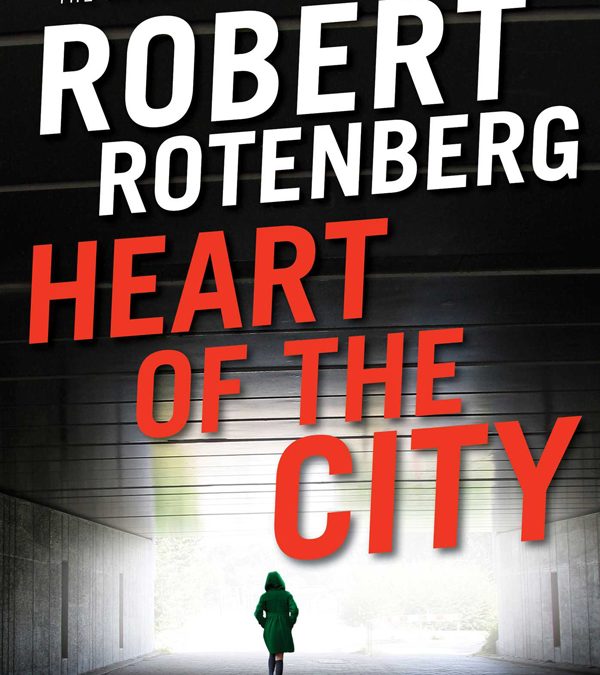 Heart of the City is the fifth book in a mystery series by Robert Rotenberg, which follows the life of former Toronto homicide detective Ari Greene. Having not read any others in the series, I wasn’t sure what to expect, but that didn’t detract at all from the fact that I could not put this one down.

The mystery is set in Toronto’s downtown core and centers on the fact that Toronto is becoming condo central and quite unaffordable for many residents. Near the beginning we learn that Greene is now working on a construction site for a controversial new condo in Kensington Market, a project led by real estate hot shot Livingston Fox. When Greene finds Fox’s body on the site, the detective in him begins to piece together what happened. We learn that Fox had made many enemies and we left wondering which of them it might have been; the ending sure came as a surprise to me!

Despite this being the fifth in a series with already developed characters; I found it very easy to pick up on their backgrounds and personalities. The plot was certainly fast-paced, well thought out and easy to follow. Plus, as a Toronto resident, the setting put things easily into perspective and made the whole story that much easier to visualize.

From the first few pages learning about Greene, through to the final chapter and solving the mystery, this book was engrossing and kept me guessing. It was a fun read and I can’t wait to check out others in the series.

This would be a great choice for The Girly Book Club ladies, especially the Toronto chapter!