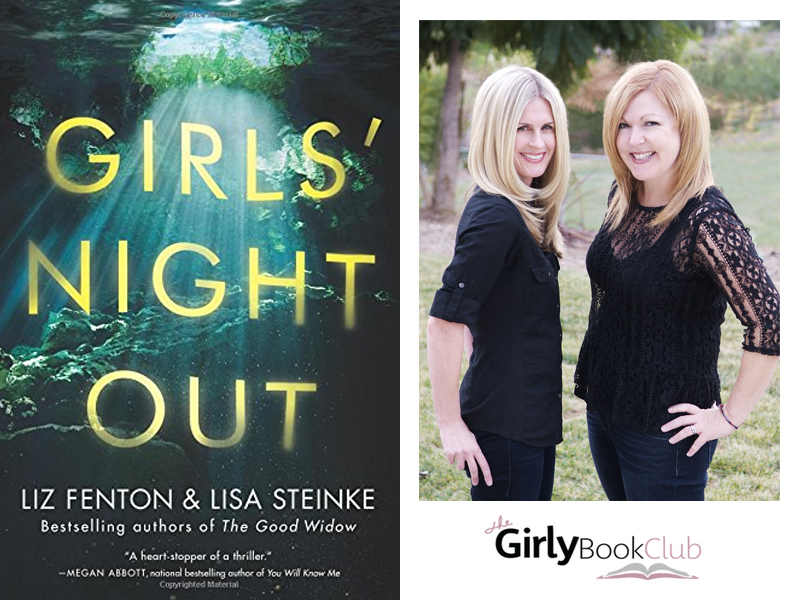 But that was my entire thought process while reading Girls Night Out by Liz Fenton and Lisa Steinke. Ashley bought Lauren and Natalie an all-expense paid vacation to Tulum, Mexico and Lauren is the only one who stayed angry for five days at a beach front hotel. (She could forgive and forget for five days and margarita in hand, so I thought.) Ashley wanted to mend their twenty year long friendship after the last year when she convinced Lauren to leave her abusive husband. When Lauren told her husband she was leaving, he had a heart attack and died—oops?
After Lauren’s husband’s death, she became a sex addict—hasn’t she been through enough Liz and Lisa?

Ashley and Natalie are business partners and Natalie’s husband gambled ALL their money away. They had the chance to sell and make BANK but Ashley continued to refuse (without knowing why Natalie was so adamant) but Natalie knew she could convince her otherwise.

I was begging for Ashley, Natalie and Lauren’s internal thoughts to be communicated with each other but they all had their own problems outside of their friendship to care or listen, until Ashley was found dead.

I was hoping Ashley wasn’t dead because it’s so final and they all shared unfinished business and now last words they’d never be able to take back and that was the most heart breaking part…
Ashley is dead but, whodunit?