From Here to You by Jamie McGuire (Review by Marie Nguyen) 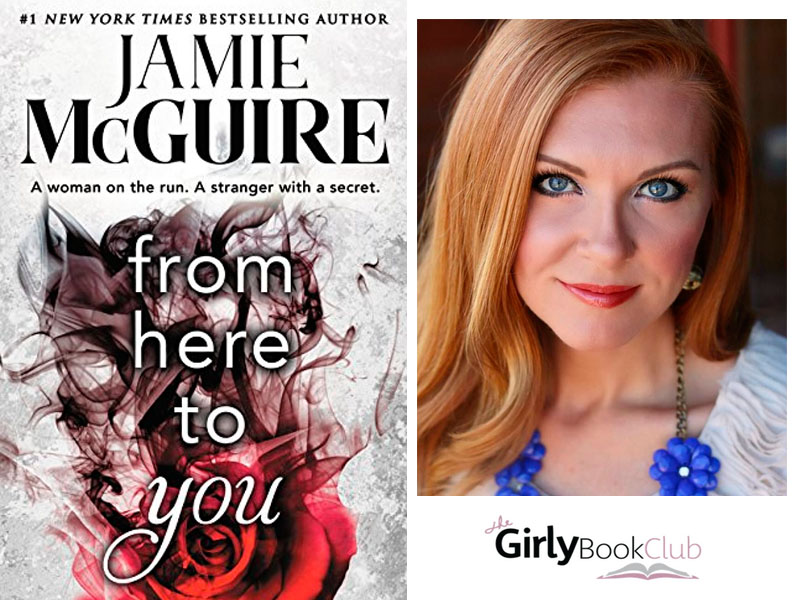 From Here to You starts off with quite the ‘bang’ when Darby Dixon leaves her abusive fiance at the altar upon finding out she’s pregnant with his child. Darby lost a lot of the courage to stand up for herself while in her relationship, but pulls herself together and leaves town in order to start a new life and protect her baby.

She finds herself in Colorado Springs where she meets Scott “Trex” Trexler in the hotel where she managed to find a job as a receptionist. Trex is in town to head security at a top secret facility with his team from his former Marine unit. Trex sees Darby for the first time and realizes she’s the ‘one’ he’s been waiting for so long and struggles with the secrets he feels he must keep from her. The story really picks up with signs of the increasing threat that Darby’s ex will find her.

I liked the mystery in the first part of the book as we’re being introduced to the main characters, along with discovering their secrets. The set of secondary characters, especially the camaraderie amongst Trex’ team, really carried the story. From Here to You is the start to a new series by Jamie McGuire, so I’m hopeful that these characters get their stories played out – especially Naomi and Kitsch from Trex’ team and Zeke, one of the hotshot firefighters that stayed at the hotel and befriended Darby. Though I was hooked for the start and climax near the end of the book, I found that I couldn’t connect with the romance that was supposed to have come through between Trex and Darby. I have nothing against love-at-first-sight stories, but I couldn’t connect with how their relationship developed and the decisions they made based on fairly shaky foundations.