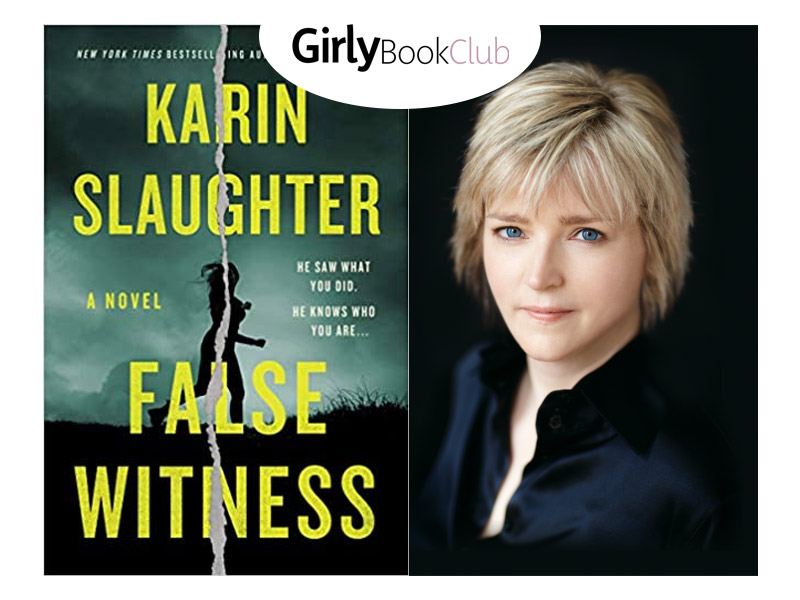 
Almost impossible to put down, False Witness, the most recent stand-alone thriller from Karin Slaughter, begins with a shock, slowly builds up to nearly unbearable tension, and then ends with a bang, leaving the reader gasping for breath as they recover their equilibrium.

Leigh Collier has worked hard to build a comfortable life, a far cry from the life she had to endure as a child. An up-and-coming attorney, devoted to her teenage daughter and friendly with her soon to be ex-husband, she has put behind her the excruciating trauma and moved on. With one phone call, that life is turned upside down when she is asked, by her boss, to take on a new client, a man accused of a particularly violent rape.
Leigh soon discovers that this client is a very dangerous fragment of her past, who has come to the table ready to reveal untold secrets that could ruin her life as well as the lives of her family if she does not clear these charges against him.

As we have come to expect, Slaughter does an outstanding job of layering the different elements of the narrative, revealing just enough history and detail to allow the reader to understand the motivations of the characters, who are truly three-dimensional, moving through the twists and turns of the plot until the climax is revealed.

Taking on tough subjects such as rape, pedophilia, and addiction, False Witness, weaves thought-provoking observations about human nature with an intensely intriguing and gripping storyline, that begs to be read in one sitting. 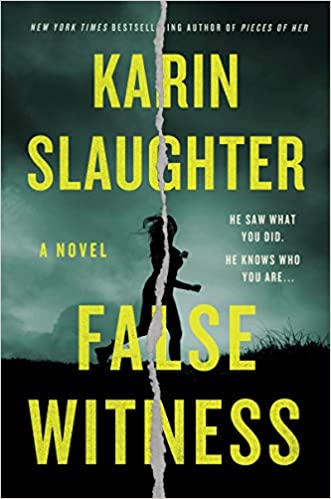