Dedicated: The Inheritance by JoAnn Ross (Review by Valerie Bennett) 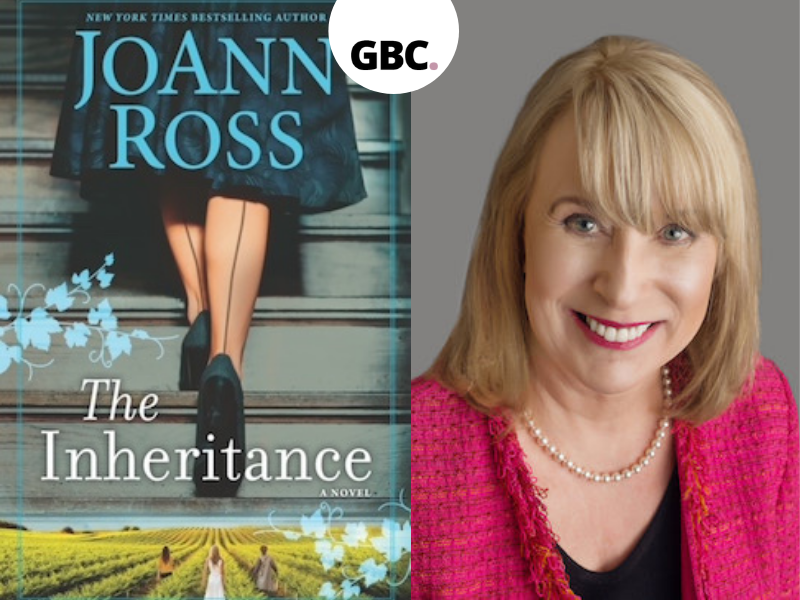 Jackson Swann was a Pulitzer Prize winning photojournalist who spent the majority of his years chasing and documenting conflicts around the world. His propensity to follow the darkest and harshest stories of humanity led to a rather untethered life – and complicated ties with his three daughters, each from a different relationship. When Jackson succumbs to an aggressive lung cancer, he leaves behind a family legacy that none of his daughters asked for.

His eldest daughter, Tess, is a former child actor turned YA novelist, who plays and pens perfect familial relationships, after being abandoned by their father in her early years leading to deep resentment and unhealed wounds after decades of his absence. Unlike Tess, middle child Charlotte, the proper doting Southern wife who gave up her own career to support her husband’s political ambitions (only to learn he has fallen in love with another woman), had a limited relationship with their father. Youngest, Natalie, is the only daughter who had a relationship – and a loving one at that – with him, as she was the only one that Jackson kept in his life. It’s a fact she knows her estranged half-sisters will resent her for once they realize.

The three sisters reluctantly gather at their father’s vineyard, Maison de Madeleine, in Oregon for the will reading, each for their own reasons. Tess ultimately shows up looking to find inspiration for her next promised novel. Charlotte is looking to find peace and a place to call home, away from her soon-to-be-ex husband. Natalie returns to mourn and offer solace and comfort to her beloved grandmother Madeleine, Jackson’s 96-year-old French mother and namesake of the family estate and winery.

As the story of Maison de Madeleine unravels, each of the sisters become enraptured by the legacy passed onto them. During their time together at the estate, they uncover more about their father, the property left to them, and their grandmother with a rich history to share. Madeleine tells them the story of how she met and ultimately married Robert, an American fighter pilot and spy in France while fighting for the Resistance in the second World War. The engrossing story influences and inspires each of Jackson’s daughters in their own unique ways. With time spent together at the family winery, the three sisters begin to realize it took losing their father in order to find each other.

JoAnn Ross is no stranger to fiction with over 100 published novels under her belt and The Inheritance, with its themes of familial relationships and WWII love story woven throughout, is a must-read – especially if you’re a fan of Susan Wiggs (The Lost and Found Bookshop) and Mary Alice Monroe (The Summer of Lost and Found). It’s a charming multigenerational story of sibling rivalry and loyalty, that touches upon a few dark themes, but ultimately leaves the reader with not one, but four happy endings.

We recommend pairing your reading with a glass of merlot while curled up on a quiet night in. Ah, serenity. Cheers! 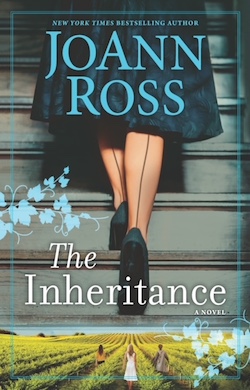