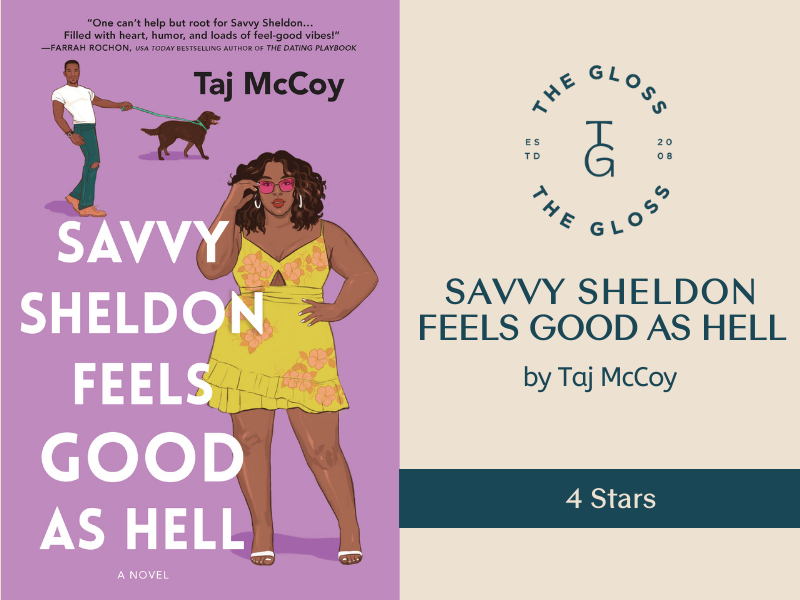 I couldn’t wait to finally read Savvy Sheldon Feels Good as Hell from debut author Taj McCoy after it hit my radar several months ago. Touted as “a delicious debut rom-com about a plus-size sweetheart who gets a full-life makeover after a brutal breakup,” my curiousity was sufficiently piqued! Plus, I’m cover lover; I couldn’t resist the cute illustrated book cover with a fun and flirty Savvy and handsome love interest (complete with his dog–swoon!) setting the visual stage for the storyline. So, let’s get to it!

Savvy Sheldon tends to tiptoe around her life. Her job as an underwriter at a life insurance company is high-stress and low-thanks as she busts her butt vying for a well-earned promotion. With a strong work ethic ingrained in her from a young age, watching her single mother work three jobs to provide for their family, Savvy works hard to prove herself – not only to her bosses, but also to her mom, aiming to meet the high expectations long set for her. Her inherited childhood home dons faded and peeling paint and original carpets, begging for an upgrade that she doesn’t have the time to take on. Her self-absorbed and toxic boyfriend, Jason, constantly makes digs towards her, while Savvy often tries to placate him and his insecurities. With so many balls in the air, Savvy’s lost herself to the pressures of others, her priorities shifting outward from herself as she spends much her time trying to be everything to everyone else.

All of that changes one evening when Savvy serves up a deliciously and thoughtfully-cooked Sunday dinner with Jason, trying to diffuse the lingering tension from another disagreement earlier that day. They’ve hardly settled into their meal when he drops the real bomb and dumps Savvy, telling her she’s let herself go and it’s time for “an upgrade.” (Yes, I imagine the collective gasp of every reader when they hit this line in the book.) Gutted by his hurtful words, Savvy decides to use them as fuel for her new mission to improve herself: Project Upgrade.

Savvy dives in head first with sexy and dramatic new hairdo from the salon, then tosses the contents of her kitchen to start a new clean eating habit, and takes on a sweat-inducing hikes, hot yoga classes, and tennis lessons with a trainer. The problem is, she can’t seem to go anywhere without bumping into her ex and his rotating roster of “upgrades”. But there’s someone else Savvy can’t stop running into either: Spencer, the sexy stranger-turned-hired-contractor who takes on her home renos. While dating is not a part of Savvy’s self-improvement mission, the romance begins to bloom as the two start to spend increasing amounts of time together. But is Savvy ready to trust another man, even one who treats her with respect and has no hesitation in telling her how gorgeous she is?

With the love and support of her family and ride-or-die squad of friends – a cast of diverse and engaging characters well-crafted by McCoy – Savvy pursues her mission only to come to recognize her own inherent self-worth, understanding that her own self-love is the validation she needed all along. 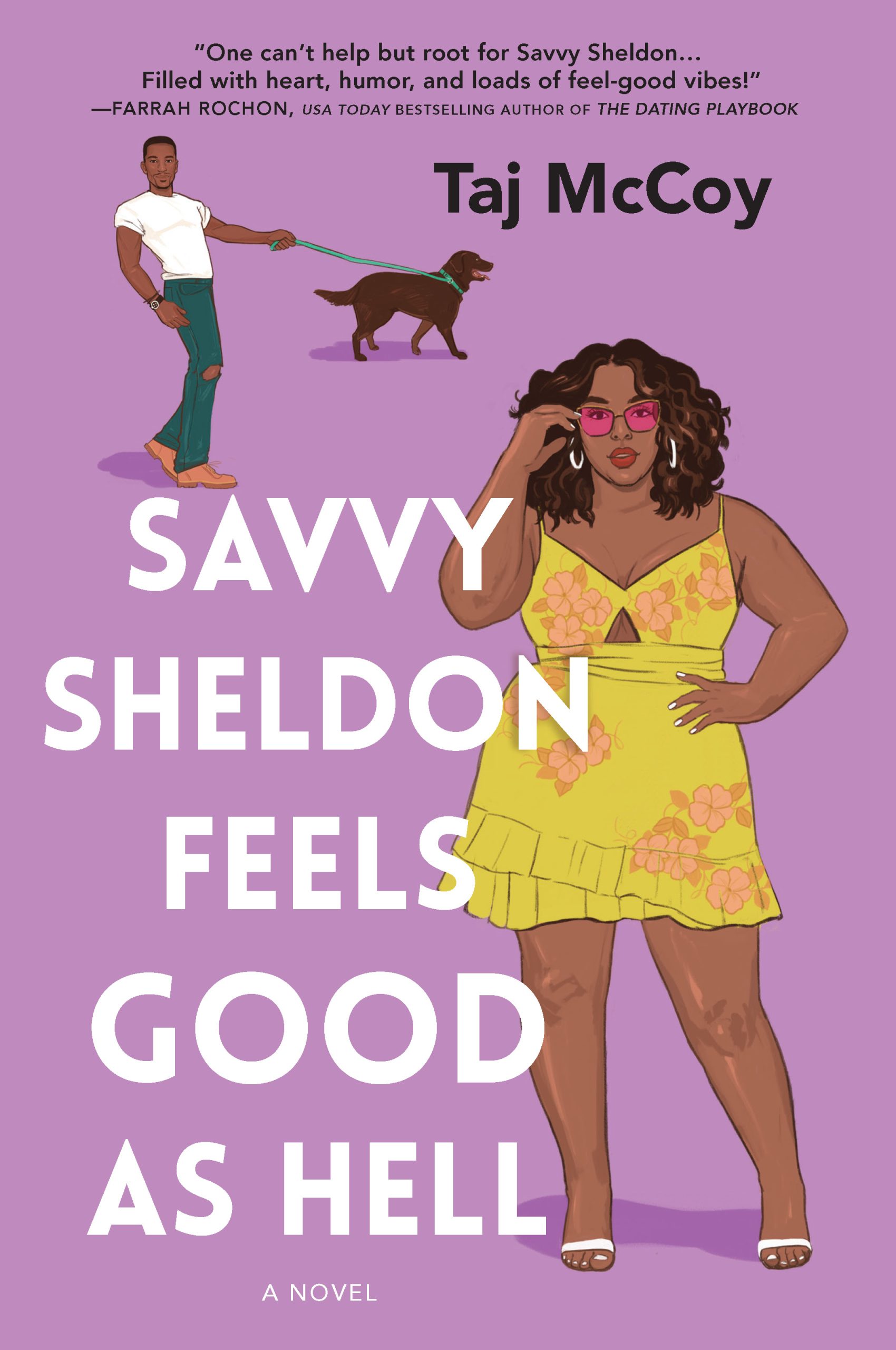