Come Back to Me by Trilina Pucci (Review by Julie Ramhold) 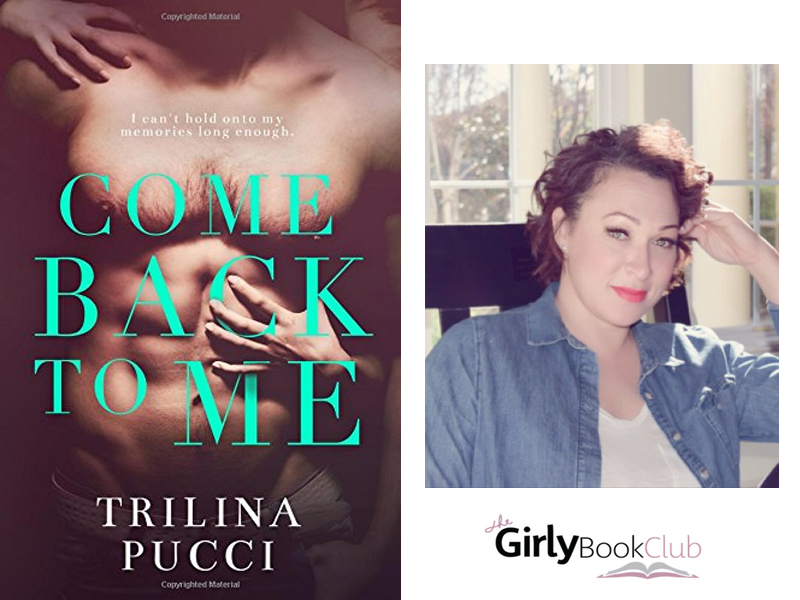 Warning (since I know some readers care about those things): this book does contain explicit language and sex scenes. For the series-averse, it’s the first book in a series. And it will make you mad you don’t have the next one. (Thankfully it looks like it’ll be published soon.)

This story combines a sexy romance with a seriously intriguing thriller. It felt like a bit of a rocky start, but it definitely improved the more I read. It hits the ground running, which is a good thing, but it made it hard to catch my breath at first. I didn’t really like that to begin with, but looking back now I can appreciate that tactic much more. The plot revolves heavily around a stalker and Pucci does a great job of ratcheting up the intensity and making the reader feel the need to look over their shoulder (yes, I actually did that on my way to work one day).

The characters are fairly well written, although Mia took a minute to grow on me (I read her as a typical pretty girl who doesn’t know it at first). She turns out to be a good character with understandable flaws, which I appreciate. It made her more real. I loved her best friend Alex, who was definitely her rock and very amusing. Mia’s parents are annoyingly concerning, and anyone who has had overprotective parents will commiserate. However, they have a good reason to be protective and Mia eventually comes around, which made me like her even more. I won’t say too much about Jack or Cole, since I don’t want to spoil anything. However, I will say I was highly annoyed with how Mia forgave Jack so readily for cheating in the beginning of the book. By the end, though, it’s obvious there’s way more to Jack, in a very creepy way. Cole is so intriguing right from the start. I expected this to be just a standard love triangle and was pleasantly surprised when it turned out to be a far more enticing romance and captivating suspense novel.

The book ends on a serious cliffhanger and I absolutely can’t wait for the second one to come out.

Would it make a good GBC pick? Yes, I think so.