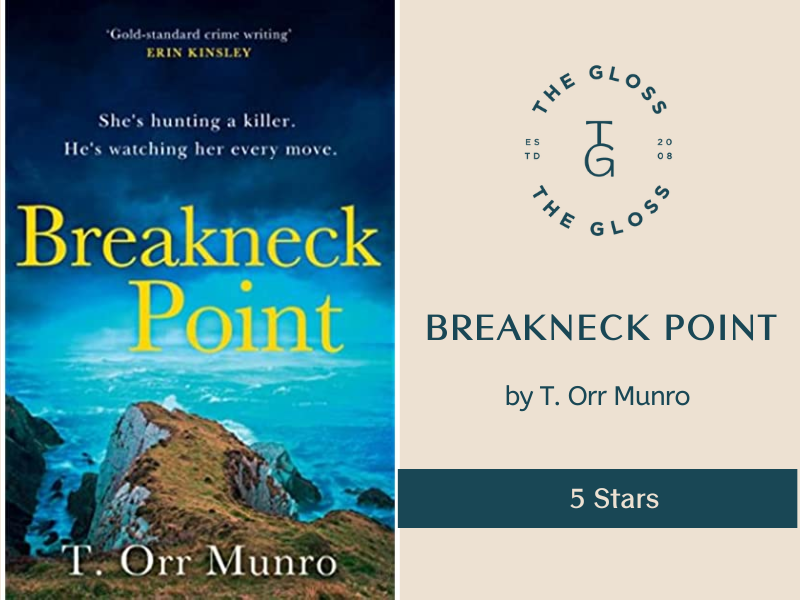 Breakneck point is an amazing book. I found myself completely hooked to the crime thriller and I cannot wait for the next one in this series. CSI Ally Dymond is a by the book crime scene investigator, her colleagues have iced her out of the serious crime unit after she made it clear during a trial that evidence had been planted and this left a killer, to go free. So when she is called out to a murder on the beach she is shocked to realise it’s someone she knows, a lady from a domestic disturbance. The obvious suspect is her husband but she feels this is not the case, someone else is involved but no one wants to believe her.

I always love finding a new English crime series to get stuck into and I am so excited for what is to come, Ally is a lovable character and I found that I was so with her throughout the entire investigation. Not only is she CSI, she is a mother. Her daughter is full of resentment towards her, she feels her mother always puts work first and honestly I don’t think she’s wrong. I felt more pull towards Ally as she’s struggling with everything in her life everyone seems to hate her and all she’s doing is her job. The character has a lot of depth so it’s so interesting the way she finds herself deciding whether or not to follow the rules, she would be breaking her own morale code. it’s an interesting question whether or not you think there are exceptions to rule following and believe me this character is really put to the test.

The best part of this book is we know who the killer is very early on. we get to follow them throughout their murder spree and find out more about them. He was so interesting as a character and a killer I was hooked with his storyline, I think that’s what made it great, we knew who the killer was so we were waiting for l someone else find out. Also, I loved the way his inner thoughts are run throughout his chapters, let’s just say he is super funny which was strange considering he was clearly a psychopath. I love it when authors let us in on the secret, not only do we know him we are still left for a while working out who he is (that will make sense once you read it).

The prose is done well, I found myself completely able to visualise every scene and each character. the writing flows extremely well and I was completely hooked throughout, I literally had to put my kindle down so I could go to sleep. I must say my only criticism was there is a lot of repeating with immerge especially when referring to the Bristol channel.

All in all I loved this book and would recommend for any crime addict. it’s so different from your regular crime book because it isn’t the detectives that we are following and we are on the outside of the investigation. Ally is a great character, and I cannot wait for book 2 in this series.

Thank you The Gloss Bookclub, netgalley, T. Orr Muneo and HQ publishers for the ARC of Breakneck Point in exchange for my fair and honest opinions. 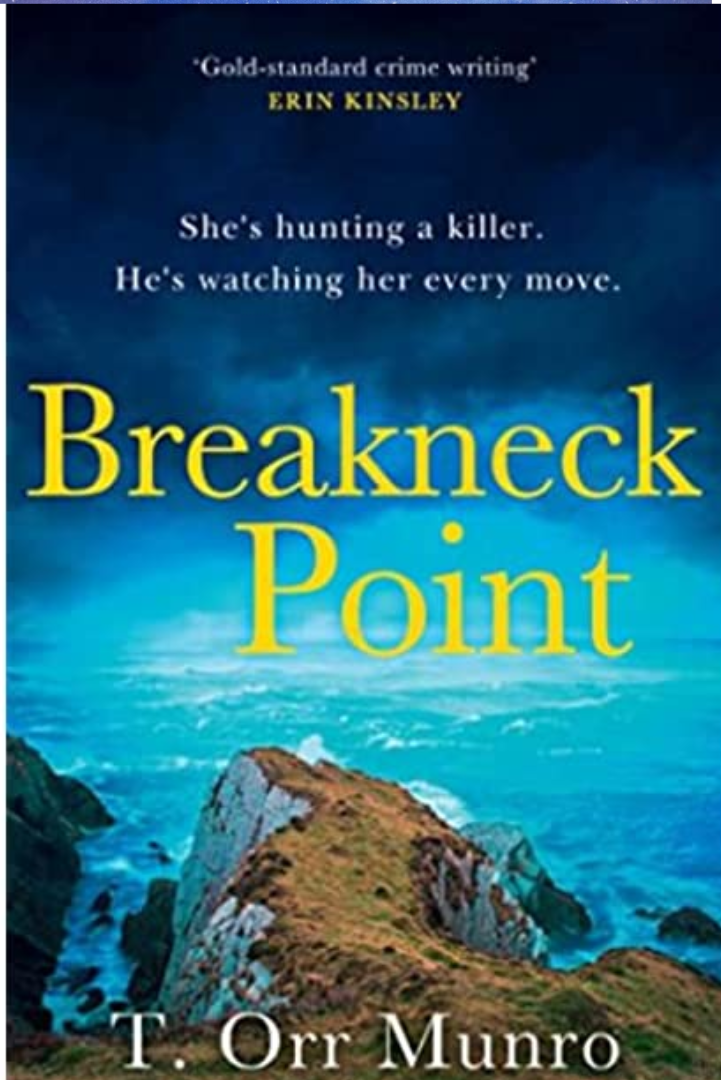