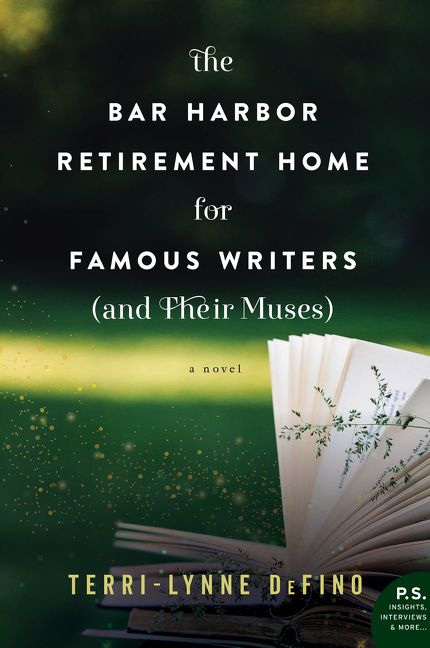 I had a weird relationship with this book. Initially, I didn’t think I’d like it–the language was pretty, but I felt like the story kind of got lost in it. The more I read through, the more I liked it, and found myself bracketing paragraphs and underlining phrases.

It has a pretty simple premise from the beginning, you know what’s coming. There’s only one reason residents move to the Pen. Alfonse Carducci is the latest arrival, and from the start, the reader knows the literary giant is at the end of his life. Because of that, I frequently felt like the end of the book could be on the next page. I’m not sure if it was intentional or not, but either way, it worked nicely. For a book that seemed to amble along in places, I found myself anxious to read the next page, the next chapter.

It’s a profoundly moving story or rather stories. DeFino has an interesting way of introducing mysteries in an almost offhand way. Immediately, you want to know what caused Olivia’s chronic back pain, what kind of accident Cecibel had, but you won’t find out until later. When you do, it’s not a huge reveal. It’s just a conversation between friends, and it feels so intimate that way. Alfonse has his share of regrets, but they make him so human and relatable, no matter how old you are.

The story-within-a-story told a familiar tale. However it wasn’t so predictable as to be boring and honestly, I was just as anxious to see how Cecilia and Aldo’s story would play out as I was to see the growth of Cecibel. The ending was no surprise in many ways, but the way it all came together was nice and provided more closure than I expected. I’m definitely pleased that I read this.