Balance is BS by Tamara Loehr (Review by Julie Ramhold) 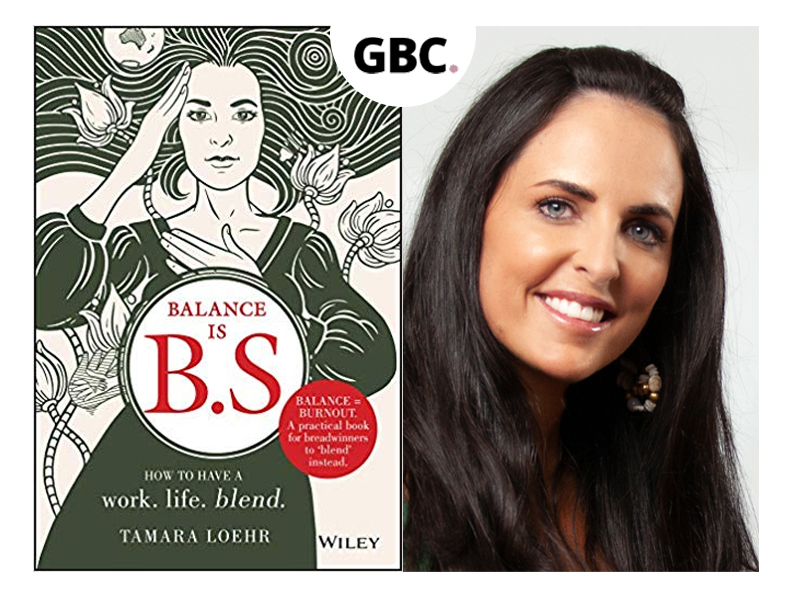 “If you’re off-kilter, it can take a while to change your habits to where you want them to be. But it’s worth the investment to get back on track. I don’t try to fix everything at once. I’ll figure out which area is the furthest from where it needs to be and go and fix that.”

I wanted to like this book so badly. As a woman in her 30s, I’m tired of hearing the whole “work-life balance” and “you can have it all” kind of talk. The synopsis of this one sounded right up my alley, and I was so excited to jump into it. And there were a few useful things that I think could apply to most women (case in point: the quote above), but overall this book just feels like it’s for a very specific type of person, mainly an entrepreneur or natural-born leader.

This isn’t to say it can’t apply more widely, but to me, it seems it’s more that there are certain criteria you’re going to have to meet to be able to implement many of her suggestions. For instance, the whole “blending” concept sounds great on paper — she cites an example of how she spoke at a conference, and then invited people to a Q&A session afterwards. Normal, right? But she goes on to say that she told them she’d be at the pool, with her family, because she’d brought them along, and they’d have to ask her questions with her daughters splashing nearby. It’s a great idea in theory, and I commend her for being in a situation to be able to make those demands. But most of us in similar situations (particularly in the US, if I’m being honest) won’t have that same freedom. However, I do realize that’s not what Tamara’s purpose of the book is. She’s not saying this is her experience and we can capture it if we do the exact same things. We’re supposed to create a blended routine that works for us.

At some point, the advice sort of began to fade away and it felt like she was just rehashing the same old stories. I lost count of how many times she mentioned her husband is a stay-at-home-dad and happy to be one. I don’t doubt that their routine works for them, but I’m also not sure why it had to be brought up so many times.

Really, there’s a lot of repetition in this book, but not in a way that feels natural. She brings up organizations that she’s involved with multiple times, to the point where it almost feels like name-dropping, though I don’t think that’s what she intended. She also finds it necessary to reiterate over and over the businesses she’s had and how successful she’s been. She admits to having no shame about her success and wanting to own it, and I say kudos to her for that. But reading about her “owning” it isn’t the reason I reached for this book.

She speaks as if she’s a feminist, but there are instances where it feels very much like what she and her husband have is just a role reversal of typical gender duties. She tells him at one point that she needs to come home to a clean house because she doesn’t want to come in after a long day and have to pick up after the kids. And his stipulation was that she has to let him know when she’s an hour away from coming home so he has time to clean. I get it, and with two small children, there’s going to be work to be done either way. But in that moment, it felt very much like a cliche situation I’ve heard all too often – it just typically seems to come out of a man’s mouth rather than a woman’s. Does that matter? No, but it is about perception. I’m not sold on the idea of an equal partnership if really it just seems like a gender role reversal at the end of the day. How is that equal just because “traditional” duties have swapped?

She’s in a unique position to do more of what she loves and enjoys, and that could have less to do with her blending philosophy and more to do with the amount of money she’s earned. She recommends leaving situations that “bring you down” or “where the people in power don’t appreciate that blending is the most productive way to work and the best way to build culture.” She has the financial privilege to do these things. But not everyone has that and so in some ways, her advice feels very flippant and unattainable, especially if you’re stuck in a more traditional 9 to 5 job.

All in all, this book seemed really promising at first. It comes with tons of anecdotes and advice from her life coach, as well as exercises. Would I recommend it? I doubt it, unless I knew a woman who was wanting to venture down the entrepreneur path. For your everyday working woman, I’m not sure how much use they’ll get out of this. 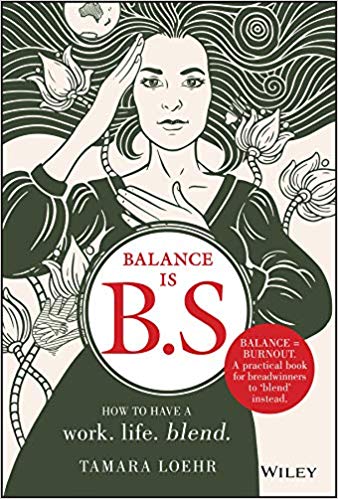